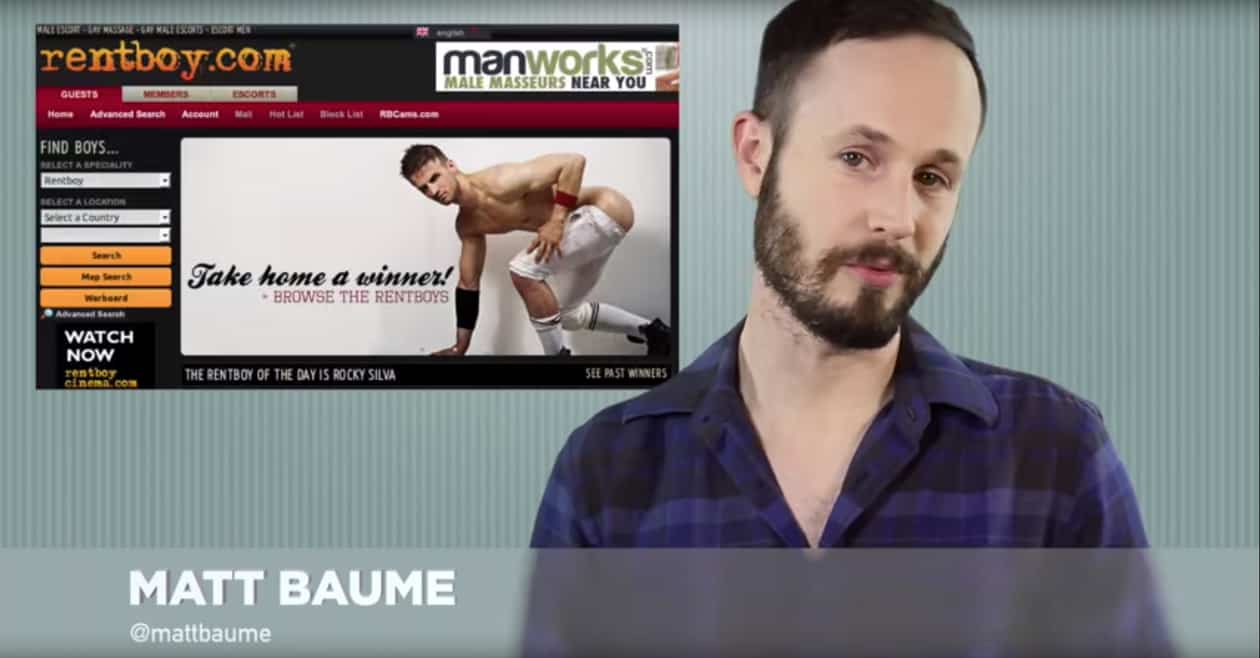 Matt Baume is offering up his take on the Rentboy.com raid, specifically tackling the question of whether prostitution should be illegal in the first place.

As Baume points out, one of the most frequent arguments in favor of making sex work illegal is that decriminalizing prostitution would increase human trafficking and exploitation. But Baume is left to wonder, “If sex work is so harmful, why is it that so many major medical and human rights groups actually support decriminalization?” And while the intent of decreasing trafficking and exploitation is surely worthy of support, he suggest that “[a]rresting people who exchange money for sex may not stop exploitation and in fact might make things worse.”

Baume also asked a question we, and others, have been asking ever since news of the raid came to light: “Why was the Department of Homeland Security involved at all?”

Watch and listen to Baume’s take below: