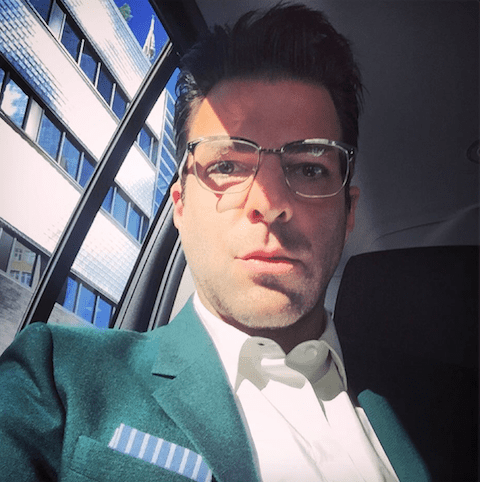 Heroes and Star Trek star Zachary Quinto recently stated that he felt he had no gay role models to guide him in his career as an actor and that he’s now filling that ‘unique space.’ In an interview with The Telegraph, Quinto said he came to this realization the day he stepped on the set of the Star Trek reboot featuring Chris Pine and Zoe Saldana:

“For me, personally, it’s interesting, because I looked around when I got ‘Star Trek‘, and I said to myself, ‘Who could I look to for guidance for how to navigate this path that I’m on?’ And there wasn’t anybody.

“I look around and say ‘OK, yes, there’s a lot of gay actors that are open, many more now than there were 10 years ago.’ But I still feel like I’m occupying kind of a unique space.”

Quinto’s role model-esque comments on PrEP and his aversion to marriage, gay or straight, has rankled proponents of both, but the outspoken star clarified last week that he one day does want children and that he wasn’t intending on ‘slut-shaming’ PrEP users, arguing that gay men should remain vigilant in treating HIV/AIDS as a serious issue despite major advances in medical science.

Quinto’s proclivity for being outspoken hasn’t harmed his career as the actor is currently filming the third entry in the successful Star Trek reboot series Star Trek Beyond, and recently played the part of journalist Glenn Greenwald in the Edward Snowden biopic Snowden.