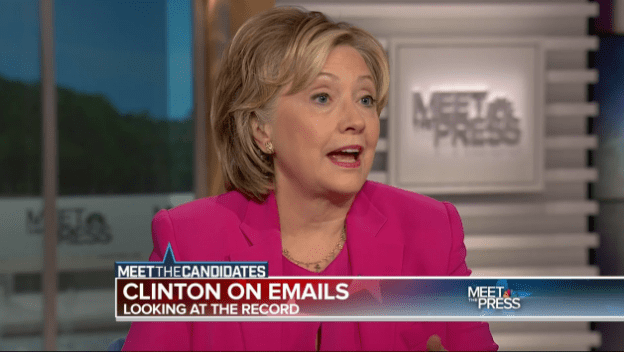 The latest batch of emails released by the State Dept. from Hillary Clinton’s private server reveal that the then Secretary of State knew a right-wing media storm would ensue over a State department policy change in which the titles of ‘mother’ and ‘father’ were changed to the gender neutral ‘parent’ on official forms.

The changes were rolled back but the dialogue between Clinton and the State Dept. has not been revealed until now.

Said Clinton in the email:

“Who made the decision that State will not use the terms ‘mother and father’ and instead substitute ‘parent one and two’?” Clinton wrote. “I’m not defending that decision, which I disagree w and knew nothing about, in front of this Congress. I could live w letting people in nontraditional families choose another descriptor so long as we retained the presumption of mother and father. We need to address this today or we will be facing a huge Fox-generated media storm led by Palin et al.”

“I hate to be a told-you-so, but as with so many other matters related to LGBT equality, this latest revelation about Hillary Clinton underlines what Log Cabin Republicans has long said: Hillary Clinton cannot be trusted as a standard-bearer for the community,” Angelo said. “She’s always been a follower in the work toward LGBT rights, never a leader. How many more revelations await in future email dumps before LGBT Democrats understand that her position on these issues is largely no different from Republicans?”