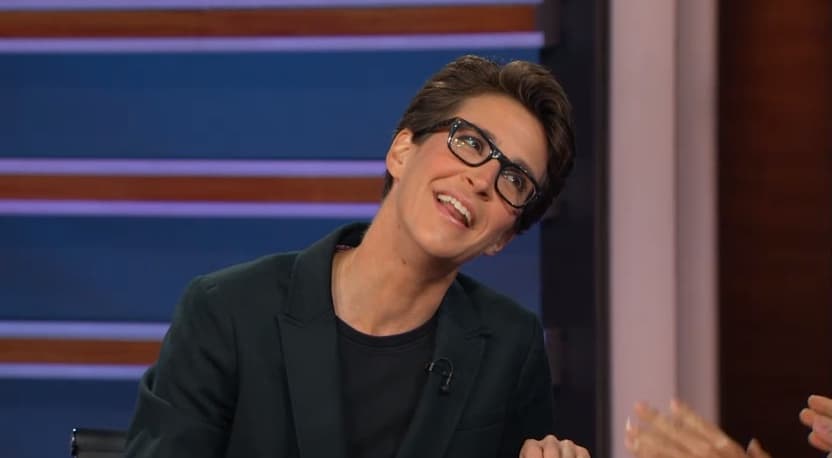 Rachel Maddow joined Trevor Noah at The Daily Show this week to discuss Kevin McCarthy’s shock withdrawal from the Speaker’s race, and the upcoming presidential election.

“I think it would be an uphill battle, but I think anything’s possible. I think he probably is going to win New Hampshire. There is a thing that happens in politics and it kind of happens in life too. Which is that no matter how unlikely something looks, once you get a first win, if you are the underdog, if you win something you’re not expected to win, it can change all the other dynamics.”

Maddow also reveals who she’d vote for if she were a Republican.

Previous Post: « What a Dad Told His Gay Son in 1959 That Changed Him Forever: WATCH
Next Post: NYC Fire Dept. Says ‘It Gets Better’ for National Coming Out Day: WATCH »