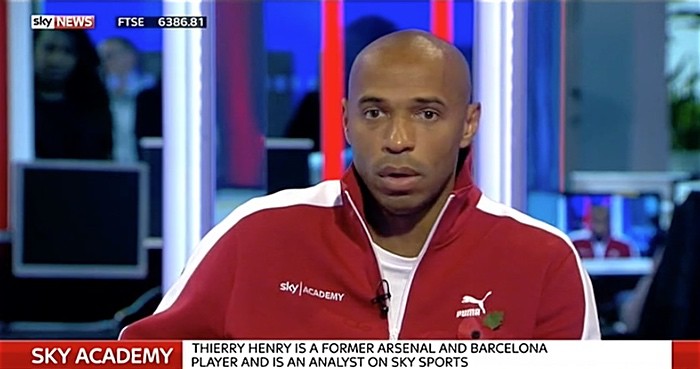 Football legend Thierry Henry, who played for Arsenal and Barcelona and now works as an analyst for Sky Sports, spoke with Sky News about recent reports that two Premier League footballers are ready to come out of the closet. 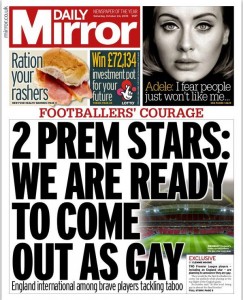 Henry thinks it’s time, and he’s tired of the media making it a problem by asking if it is one:

“It’s not a problem, we’re ultimately there to do a job. Whatever you believe in, whatever you do, it’s not my problem. That’s your prerogative…People are sometimes making it too much of a problem. It should be okay by now. We’re living in a different time, different world and people should accept that…I think it’s great, I think it’s great for the game, we’re going forward, it’s great for anyone, for any human being..If you are confident enough to come and say it and then live with it and embrace it, then do it.”

RELATED: Manchester United’s Luke Shaw on the Alleged Gay Footballers: ‘It’s Not Me’

He also rejected concerns about the locker room: