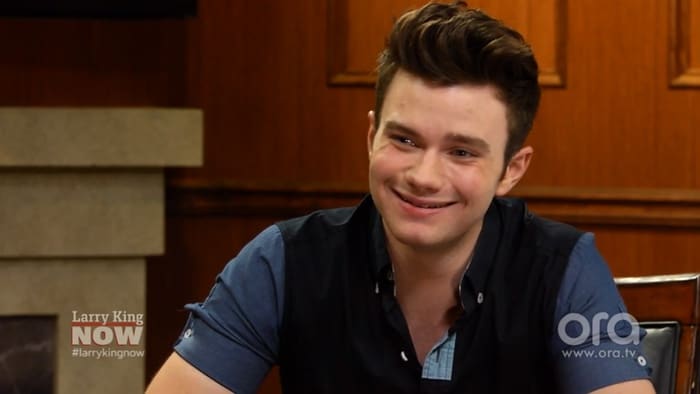 Glee‘s Chris Colfer sat down with Larry King on ORA TV and talked about a number of topics, including politics, his career as an author, coming out, and a few details about the upcoming AbFab movie in which he is cast (SPOILERS ahead).

The movie’s plot, according to Variety:

In the movie, which is adapted from the BBC TV series, Edina and Patsy are still living the high life: shopping, drinking and clubbing their way around London’s trendiest hotspots. Blamed for a major incident at an uber-fashionable launch party, they become entangled in a media storm, and are relentlessly pursued by the paparazzi. Fleeing penniless to the playground of the super-rich, the French Riviera, they hatch a plan to make their escape permanent, and live a life of luxury forever.

Here’s the full interview if you’re interested, with clips pulled out below it:

Colfer also talked about coming out and  what it might be like to have a gay man or woman in the White House:

A possible return to TV:

And a game of If You Only Knew: