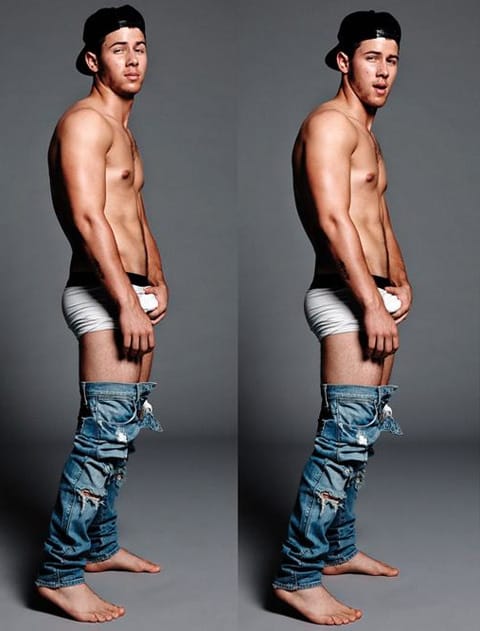 We’ve previously told you about Nick Jonas’s penchant for serving up plenty of material to tantalize his gay fans, whether that’s being chained up at G-A-Y nightclub in London, playing a gay MMA fighter on Kingdom, a gay frat bro on Ryan Murphy’s Scream Queens, or doing his best Marky Mark. Now, Jonas is upping the ante.

Speaking with the Daily Star Online at the Radio One Teen Awards in the UK,  Jonas was asked point blank if he has experimented sexually with other men. Jonas’s response could best be described as cagey: “I can’t say if I have or haven’t, but if you watch [Kingdom] you’ll see more of that.”

For fans wondering if his gay scenes on Kingdom get any steamier, Jonas would only say, “If you keep watching the series you’ll see more of that.”

And as for the “haters”, Jonas remains unfazed: “In every situation when there’s an opportunity to be negative some people find the need to be.”

Jonas added that he is happy to be playing gay characters: “I love the roles that I’m playing and I’m thrilled to be playing them.”

He also responded to a question about his visible “manhood” seen in paparazzi snaps taken after leaving the gym, saying, “I think there was a single picture that did that. I think it was enhanced anyway afterwards. Maybe, I don’t know.”

RELATED: Yes, Nick Jonas Is (Sort of) Queerbaiting His Gay Fans. So What?