A few days after Christmas, Religious Right leaders will gather in Texas to rally around Republican presidential candidate Ted Cruz. 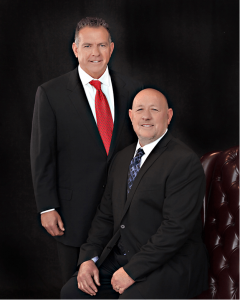 Cruz and his wife are set to attend the gathering at a remote ranch owned by billionaire Farris Wilks, who is among Cruz’s most important Super PAC donors.

Wilks and his brother, Donald, have contributed millions to anti-LGBT hate groups, and Farris Wilks serves as pastor of the church founded by their father, The Assembly of Yahweh (7th Day). Last year, Right Wing Watch reported on one of Farris Wilks’ sermons:

He read scripture passages that referred to the story of God’s destruction of Sodom and Gomorrah in what he said was punishment for “base and demented” sexual practices, the tolerance of which in America “could bring about the end of our nation.” He warned that allowing same-sex couples to get married would soon lead to bestiality being promoted and accepted. “I do believe we live in a nation that will start to vomit some of its people out,” he warned. …

Earlier this year, Cruz was among the GOP candidates who attended a forum hosted by Pastor Kevin Swanson, who advocates the death penalty for gays. Since then, Cruz has emerged as the Religious Right’s preferred candidate. After being backed by several dozen evangelical leaders at a secret meeting earlier this month, Cruz received public endorsements from the likes of Focus on the Family’s James Dobson and the National Organization for Marriage’s Brian Brown.

At Wilks’ ranch, Cruz will undoubtedly face questions about his recent comments to a gay GOP donor, unearthed this week, in which he said fighting same-sex marriage wouldn’t be one of his top three priorities as president. But it seems as though Cruz should also be forced to explain why the gathering is being hosted by someone who doesn’t observe Christmas.

So, what else do we know about the Wilks brothers? They are devout proponents of a tiny but fierce faith tradition called the Sacred Word Movement, which shares with Adventists a belief in Sabbath worship and the observation of traditional Jewish dietary laws. But Sacred Word goes further than Adventists in embracing a sort of Hebraic Christian or Messianic Jewish set of tenets in which none of the “gentile holidays,” including Christmas, Easter, Valentine’s Day, and Halloween, are to be observed.

Bill O’Reilly needs to get on this right away. It’s bad enough when Jews or seculars or suspected Muslims persecute Christians by refusing to offer a hearty “Merry Christmas!” to all comers. But when Christians hosting a Christian confab in Christian Texas to acknowledge Ted Cruz as the leader of the Christian crusade to “take back” American for Christianity don’t celebrate Christmas — it has to be a sign of the end-time.