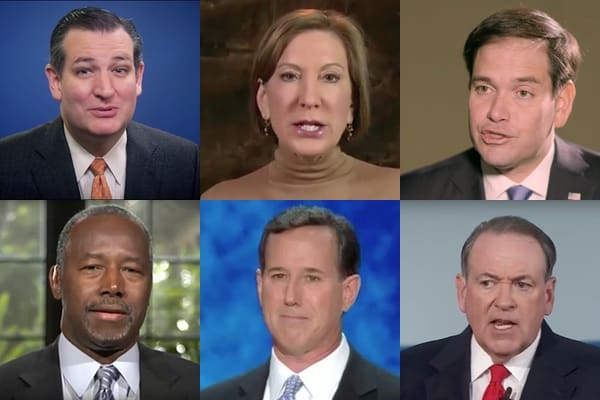 On Friday, the American Principles Project, Heritage Action for America, and Family Research Council Action announced that Ted Cruz, Marco Rubio, Ben Carson , Carly Fiorina, Rick Santorum, and Mike Huckabee, had made a promise to pass a heinous anti-gay discrimination bill into law during their first 100 days in office. The bill would allow businesses and individuals to discriminate against gay people in the guise of ‘religious liberty’.

“If elected, I pledge to push for the passage of the First Amendment Defense Act (FADA) and sign it into law during the first 100 days of my term as President.”

What exactly is the First Amendment Defense Act?

Earlier this year we reported on a the vile bill, introduced by the two bigots pictured above, Rep. Raul Labrador (R-Idaho), left, and Sen. Mike Lee (R-Utah). 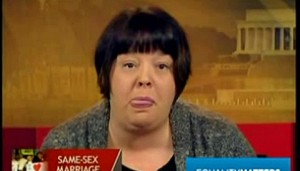 “It has become clear that the First Amendment Defense Act is rapidly becoming a signature issue that unifies the GOP. Three out of the four top contenders for the nomination — Carson, Cruz, and Rubio — have pledged to prioritize passing FADA in their first 100 days of office. Additionally, Bush, Graham, Paul, and now for the first time, Donald Trump, have publicly expressed support for FADA. Real, concrete protections for gay marriage dissenters appear to be just one election victory away.”