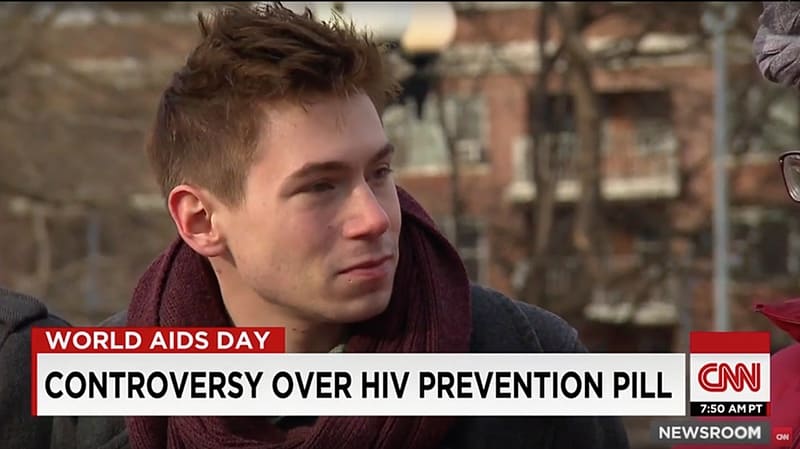 As part of its World AIDS day coverage yesterday, CNN and Sanjay Gupta took a look at  the “controversy” and “debate” over gay men and PrEP (pre-exposure prophylaxis), touching on a few major media points in the brief segment, including the drug’s mention on How To Get Away with Murder (watch the scene HERE), and the CDC’s recent advice about the HIV prevention pill.

RECENTLY: Network TV Addressed PrEP for the First Time on ‘How To Get Away with Murder’ – WATCH

They also interview anti-PrEP AIDS Healthcare Foundation head Michael Weinstein, who warns of other STDs such as syphilis and gonorhhea, and a young man named Charlie, who has decided to take PrEP in conjunction with condoms.

“The research is there. I’ve had friends who are using it and they’ve had good experiences.”

A survey released yesterday by the gay hook-up app Grindr revealed that 25.5% of its users are on PrEP:

Here are a few results:

More numbers including info on doctor pushback and adherence HERE.