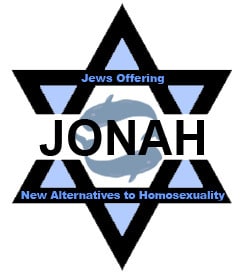 Judge Peter Bariso of the Superior Court of New Jersey has ordered the “ex-gay” group JONAH (Jews Offering New Alternatives to Homosexuality) to shut down completely within 30 days. The order also forbids founder Arthur Goldberg and counselor Alan Downing from engaging in any form of conversion therapy commerce in New Jersey.

The order is the endgame of a trial launched in 2012 by former clients of JONAH, which they won. Southern Poverty Law Center sought an injunction ordering the shutdown of the organization at the time of the verdict.

During the trial, the four men recalled the disturbing, homophobic role-playing scenarios that JONAH had them participate in during their “conversion.” These included being encouraged to spend more time naked with their fathers and beat pillows meant to symbolize their mothers, among other disturbing allegations.

“This verdict is a monumental moment in the movement to ensure the rights and acceptance of LGBT people in America,” said David Dinielli, deputy legal director for the Southern Poverty Law Center and lead attorney for the case. “Conversion therapy and homophobia are based on the same central lie – that gay people are broken and need to be fixed. Conversion therapists, including the defendants in this case, sell fake cures that don’t work seriously harm the unsuspecting people who fall into this trap.”

1.  JONAH, Inc. shall permanently cease any and all operations within thirty (30) days of the entry of this Order, including its educational functions, its provision of referrals and/or direct services, and operation of its websites and listservs, which it shall cause to be taken offline, provided however that it shall be permitted to maintain use of “@jonahweb.org” email addresses, only for those purposes not prohibited by this Order, for one hundred eighty (180) days from the entry of this Order;

2.  JONAH, Inc. shall permanently dissolve as a corporate entity and liquidate all its assets, tangible or intangible, within one hundred eighty (180) days of the entry of this Order;

3. As of the date of this Order, pursuant to the New Jersey Consumer Fraud Act, N.J.S.A. §§ 56:8-1, et seq., Defendants are permanently enjoined from engaging, whether directly or through referrals, in any therapy, counseling, treatment or activity that has the goal of changing, affecting or influencing sexual orientation, “same sex attraction” or “gender wholeness,” or any other equivalent term, whether referred to as “conversion therapy,” “reparative therapy,” “gender affirming processes” or any other equivalent term (“Conversion Therapy”), or advertising, or promoting Conversion Therapy or Conversion Therapy-related commerce in or directed at New Jersey or New Jersey residents (whether in person or remotely, individually or in groups, including via telephone, Skype, email, online services or any delivery medium that may be introduced in the future, and including the provision of referrals to providers, advertisers, promoters, or advocates of the same), provided however that Alan Downing shall have thirty (30) days from the date of the entry of this Order to cease the provision of Conversion Therapy to his current clients;

4. Plaintiffs’ counsel is awarded attorneys’ fees and expenses in the amount of three million five hundred thousand U.S. dollars ($3,500,000) to be paid by Defendants (the “Fee Award”) within such time as mutually agreed upon by the Parties. Plaintiffs shall submit to this Court a notice of satisfaction upon Defendants’ payment of the Fee Award.

Note: since it was founded the group changed its official name to ” Jews offering New Alternatives to Healing” because of negative publicity surrounding harmful gay conversion therapy.