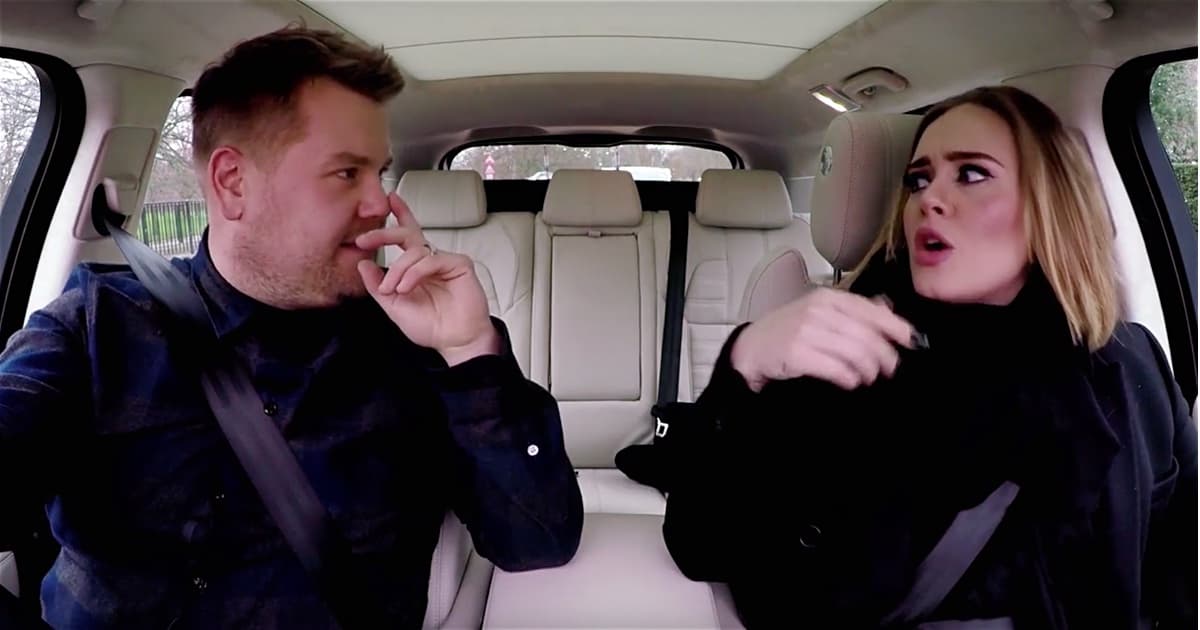 Earlier this week, James Corden teased his Adele Carpool Karaoke ride and for good reason. The ride around London, shot during the holidays, is hilarious and worth waiting for!

RELATED: Adele Got a Nose Job to Try and Punk a Bunch of Adele Impersonators: WATCH

Between belted versions of “Hello”, “Someone Like You”, “All I Ask”, “Rolling in the Deep”, Spice Girls’ “Wannabe”, and Nicki Minaj’s “Monster”, Adele chugs tea, talks about getting drunk three nights in a row, buying dinners for fans, being a Spice Girls fan and having birthday parties (Adele was Gerri), stopping naming her albums after numbers, getting her own squad, becoming EGOT, and making reservations restaurants.

Nicki Minaj is a fan of Adele’s rap:

Adele is mad ratchet. I can't take her😂 #UK #WutsGood

Adele recently graced the cover of TIME magazine. In the issue she talked about who her son’s boyfriend or girlfriend might be one day:

“He makes me so proud of myself, and he makes me like myself so much. And I’ve always liked myself. I’ve never not liked myself. I don’t have hangups like that. But I’m so proud of myself that I made him in my belly. Cooked him in my belly and then he came out of me! This human who’s suddenly walking around and doing his own thing. I can’t wait to know who his best friends are going to be, who his girlfriend or his boyfriend is going to be or what movies he likes… Whatever my kid wants to do or be I will always support him no matter what.”