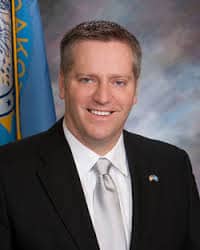 The South Dakota House State Affairs Committee yesterday voted in favor of legislation that would prevent transgender students in public schools from using facilities that are consistent with their gender identity. The legislation would also require educational institutions to pay the costs of any resulting legal challenges.

According to Human Rights Campaign (HRC), HB 1008 could lead to school districts losing federal funds under Title IX and “tie the hands of school administrators and teachers who would no longer have the flexibility they need to find workable solutions in coordination with transgender students and their parents.”

“These lawmakers are shamefully threatening to only compound the pervasive discrimination, harassment, bullying, intimidation, and violence that transgender students already tragically face. The South Dakota House of Representatives must prevent the disgraceful legislation from moving any further.”

Last December, anti-LGBT group Privacy for All failed to gather the 365,880 signatures needed to get an anti-transgender initiative on the November 2016 ballot in California.