THAW: President Obama to make trip to Cuba: “Barack Obama will travel to Cuba in the coming weeks, becoming the first sitting US president to make a state visit to the island in nearly nine decades. The White House is planning to make the announcement on Thursday, a senior administration official told the Guardian.”

2016 ELECTION: Rubio wins endorsement of South Carolina governor Nikki Haley: “Haley said she made the decision as a mother who wants a safer, more prosperous nation for her children and as the wife of a combat veteran who wants more support for the military. Haley did not say why she didn’t choose others candidates running in Saturday’s GOP primary.”

ON THE CAMPAIGN TRAIL: Rubio supporter wants to waterboard Hillary: “An audience member interrupted Marco Rubio at a rally Tuesday, shouting “Let’s waterboard Hillary.” The Florida senator was discussing his plans to keep the U.S. military detention facility at Guantanamo Bay open when the attendee made his outburst about Democratic presidential front-runner Hillary Clinton, and Rubio said he didn’t want to know what the man said, laughing and citing the press in the room.”

PRIVACY: Google CEO backs Apple in dispute with FBI: “Google’s chief executive sided with rival Apple on Wednesday in its battle with a judge who ordered it to help the FBI access information on the encrypted iPhone used by one of the San Bernardino shooters.”

4/5 But that’s wholly different than requiring companies to enable hacking of customer devices & data. Could be a troubling precedent

AMERICA: New York City Mayor Bill De Blasio responds to Jeb Bush’s gun tribute on Twitter with photo of just-reopened iconic NYC restaurant: “Mr. de Blasio’s effort at poking fun became the object of a little poking back. Should a mayor, who ran on battling income inequality, be endorsing a $20 sandwich? Was the mayor hinting at America’s struggles with obesity with a sandwich large enough for two European tourists?” 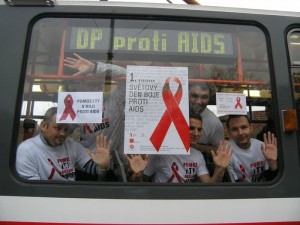 CZECH REPUBLIC: Criminal investigations launched against 30 men who allegedly had unprotected sex in violation of the country’s laws that make it a crime to expose someone else to HIV. “There are no complainants in the case, nor any evidence anyone has contracted HIV from the 30 men under investigation. The sole evidence against the men is that they contracted other sexually transmitted infections (STI) — like gonorrhea or syphilis — after testing HIV-positive, which the health department contends is proof they had condomless sex in violation of the law.”

VIRGINIA: Generational divide seen in attitudes toward gay people after House advances heinous anti-LGBT “Indiana on steroids” religious freedom bill: “In Virginia, all but two of the 10 Republican lawmakers who voted “no” or sat out a vote on the ‘Government Nondiscrimination Act’ are younger than 53, the median age in the House. ‘There’s a generational divide in terms of acceptance of the LGBT community being part of the norm. I understand that’s maybe changing quickly for people, but that’s the society we live in,’ said Del. Scott Taylor (R-Virginia Beach), 36, who is running for Congress.”

PHOTOREALISM: Seven larger-than-life portraits of children who grew up in gay families are being exhibited outside Sydney’s Town Hall: “The striking portraits, exhibited on the sides of a six-metre shipping container, will remain on George Street until March 10 as part of the Sydney Gay and Lesbian Mardi Gras festival. They are part of a photo series connected to the 2015 film Gayby Baby titled “Gaybies: We are not a hypothetical”. Created by photographer Jez Smith with Casey Legler, the series aims to raise awareness of the very real children behind the ongoing – and sometimes vicious – debate on same-sex parenting.” 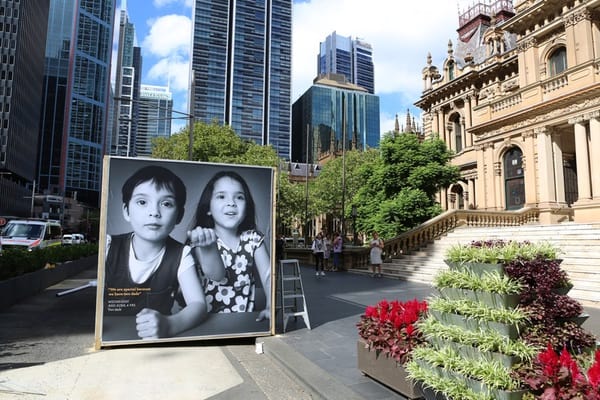 SPACE: Atmosphere analyzed on distant ‘super-Earth’ exoplanet: “They found evidence for hydrogen and helium in its atmosphere, but no water. Called 55 Cancri e, the world is twice the size of Earth and eight times the mass – but orbits unusually close to its host star, with an 18-hour year and surface temperatures above 2,000C.”

SCRUFF OF THE DAY: UK artist and illustrator Ryan Chadwick.