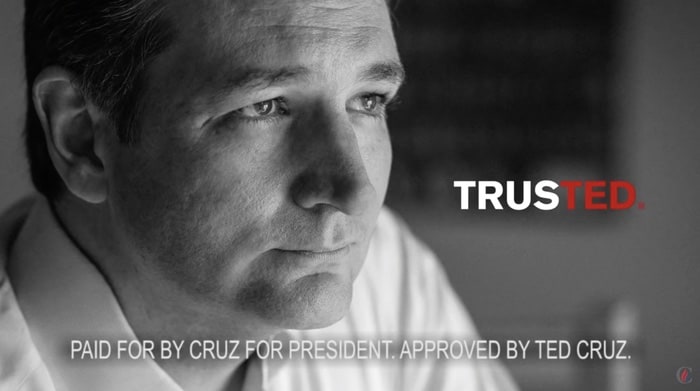 We’ve all seen Ted Cruz’s oh-so-clever campaign slogan, in which he highlights his name within the adjective “Trusted”.

And we also know that politicians work with subliminal imagery all the time.

So what’s up with the other half of that slogan, the TRUS part? Some have found meaning there:

Turns out that when you Google “TRUS”, the logo at once becomes hilarious and hilariously appropriate:

“A transrectal ultrasound (TRUS) is an ultrasound technique that is used to view a man’s prostate and surrounding tissues. The ultrasound transducer (probe) sends sound waves through the wall of the rectum into the prostate gland, which is located directly in front of the rectum.”

So when Ted’s all up in your business, you’ll know why.

Maybe he should choose Santorum (google it) as his running mate.