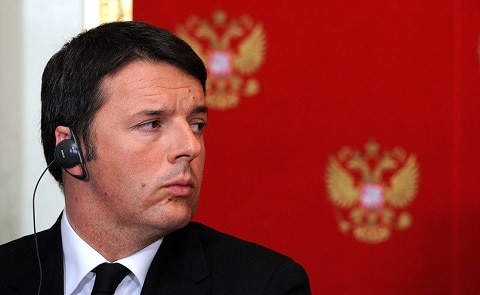 Italian Prime Minister Matteo Renzi has told the Catholic Church to butt out of the debate on providing gay couples with legal recognition and limited adoption rights.

Lawmakers are expected to vote on the legislation tomorrow following a postponement last week.The Democratic Party has given representatives a conscience vote on three amendments, one of which would allow one partner in a civil union to adopt the other’s biological child.

Watch a report on a recent protest against same-sex marriage below.

Previous Post: « Mormon Leader: We’ll Find Out Whether Church is to Blame for Gay Youth Suicides on Judgment Day
Next Post: John Oliver to GOP: ‘Honor Scalia by Swiftly and Efficiently Replacing Him’ – WATCH »