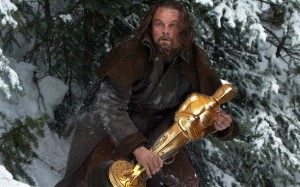 LAST NIGHT: Here is the Oscar winners list, if you’d like to review. Also, Lady Gaga had the performance of the night, Stacey Dash had a WTF moment, and Sam Smith pissed off Dustin Lance Black, for reasons other than the Oscar.

OSCAR RECORDS: Leonardo DiCaprio’s Best Actor win was most tweeted moment of an Oscar telecast ever: “DiCaprio’s win for his performance in The Revenant, after missing out on a golden statue on five previous occasions, set social media ablaze and led to 440,000 tweets per minute, beating out the previous record of 255,000 Tweets per minute set in 2014 when Oscar host Ellen Degeneres tweeted a star-studded selfie that ‘broke the Internet.'”

AFTER-PARTIES: Charlie Sheen showed up at Elton John’s Oscar party: “Somebody said, ‘You’re not wearing a tie.’ And I said, ‘Well, I’m at an AIDS event and I brought my HIV.'” 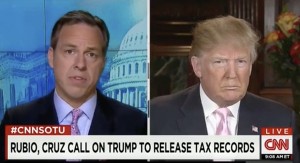 2016 ELECTION: Donald Trump’s father was arrested in 1927 after a KKK riot in Queens, NY: “On Memorial Day 1927, brawls erupted in New York led by sympathizers of the Italian fascist movement and the Ku Klux Klan. In the fascist brawl, which took place in the Bronx, two Italian men were killed by anti-fascists. In Queens, 1,000 white-robed Klansmen marched through the Jamaica neighborhood, eventually spurring an all-out brawl in which seven men were arrested. One of those arrested was Fred Trump of 175-24 Devonshire Rd. in Jamaica…It’s not clear from the context what role Fred Trump played in the brawl.” 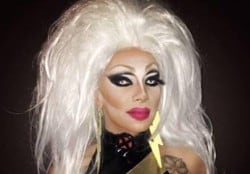 SAN DIEGO: Drag performer attacked outside Hillcrest nightclub: “The victim, known as Kickxy Vixen-Styles posted that the assailant tried to sneak into the club earlier that night, but was escorted outside by security. Vixen-Styles greets people at the club and is used to seeing unruly patrons handled by security, but wasn’t prepared for what happened to her next.  She claims that the rejected man waited in the parking lot for her after her shift; about 3:30 am, and that’s when things turned physical.”

SYDNEY: Conchita Wurst can’t believe Australia is  so far behind in gay rights: “You know, we think everybody is very liberal, very open-minded, the whole city [is] celebrating Mardi Gras. And then I came here two years ago and they told me that gay marriage is just not happening. I could not believe it. How can you combine those two worlds?”

@CaitlynJenner has fearlessly shared her transition with the world. Her new M·A·C Lipstick, Finally Free, champions All Ages, All Races and All Sexes. 100% of the selling price goes to the M·A·C AIDS Fund Transgender Initiative, to further its work in support of transgender communities. Available in April in select markets. Read our exclusive interview NOW at maccosmetics.com/culture! #MACCaitlynJenner

OUT ON THE TRACK: Cavender Salvador finds acceptance at College of William & Mary: “He’s my teammate, and this didn’t change anything,” Sears says. “He my friend. I love him.” 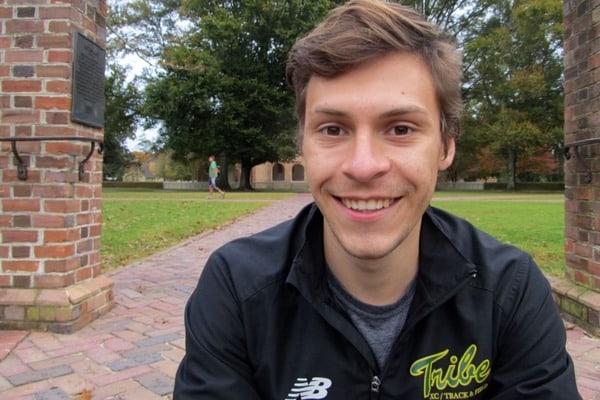