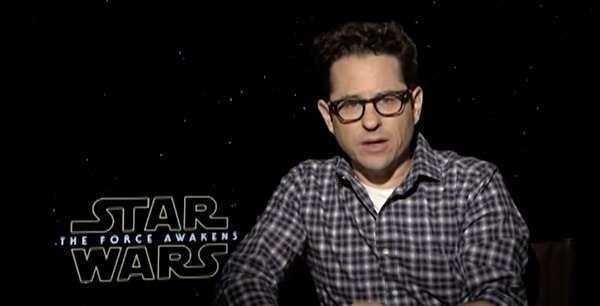 Director JJ Abrams hosted the US-Ireland Alliance’s annual Oscar Wilde Awards at his Bad Robot headquarters on Thursday and was asked about the possibility of gay characters in an upcoming Star Wars movie, The Daily Beast reports.

“Of course! When I talk about inclusivity it’s not excluding gay characters. It’s about inclusivity. So of course. I would love it. To me, the fun of Star Wars is the glory of possibility. So it seems insanely narrow-minded and counterintuitive to say that there wouldn’t be a homosexual character in that world.”

Actor John Boyega quashed and then resurrected those rumors last week at the BAFTA Awards, when he said, of the possibility:

Of course, it may not be Finn and Poe at all but some character that has yet to be introduced.

Find out we will.