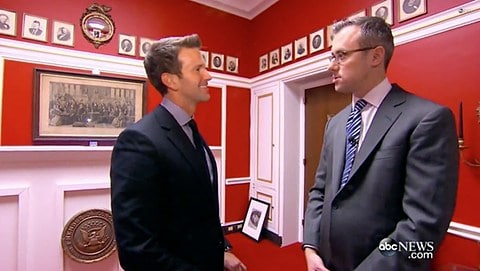 Lawyers for Schock told the judge Monday that unsealing the records could damage the former congressman’s reputation.

“We oppose Politico’s request to disclose the Sealed Documents because the U.S. Attorney has made certain untoward and unsubstantiated allegations of Mr. Schock’s conduct and character within these documents that would be highly prejudicial to Mr. Schock if unsealed,” Schock’s attorneys wrote. They also said references to Schock’s staffers should be removed from the records, if they were to be released.

Why all the secrecy is necessary is an unknown at this point.

Schock has been under investigation for alleged misuse of government and campaign funds to pay for his lavish lifestyle since a February 2015 ABC News report on Schock’s Downton Abbey-inspired office, which was initially provided as a gift from an interior designer.