NORTH CAROLINA. UNC says it won’t enforce transgender restroom rules: “The declaration came in a motion asking a federal court to halt civil legal proceedings against the university system while a higher court decides a separate case on transgender rights from Virginia. University system President Margaret Spellings wrote in an affidavit that, pending the outcome of the North Carolina case: ‘I have no intent to exercise my authority to promulgate any guidelines or regulations that require transgender students to use the restrooms consistent with their biological sex.'”

ALBERTA. Gay Rodeo canceled with no explanation: “The event, organized by the Alberta Rockies Gay Rodeo Association (ARGRA) and held in Strathmore, Alberta, was scheduled for June 30 to July 3, 2016. But on May 19, ARGRA replaced its website’s landing page with an announcement the event has been cancelled. ‘We have made the extremely difficult decision not to proceed with the 2016 festival,’ the messages states. ‘This decision was not made lightly and we sincerely apologize to all the people this decision affects: the fans, artists, competitors, industry partners, vendors, corporate partners, suppliers and all of our supporters within the community.'”

2016 ELECTION. Marco Rubio told Trump he’s sorry for mocking his dick size: “I actually told Donald — one of the debates, I forget which one — I apologized to him for that. I said, ‘You know, I’m sorry that I said that. It’s not who I am and I shouldn’t have done it.’ I didn’t say it in front of the cameras, I didn’t want any political benefit.” 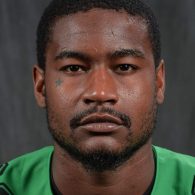 WEST VIRGINIA. Hate crime charges dropped against Marshall U. football player Steward Butler in anti-gay attack: “In a decision this month, Cabell County Circuit Court Judge Paul Farrell said West Virginia civil rights law protects people based on sex, but not sexual orientation, and ruled to drop the hate crime charges against Butler in 60 days, giving prosecutors time to appeal. Many other states specifically mention sexual orientation in listing the categories that elevate violence or threats of violence to a hate crime. West Virginia lawmakers had plenty of chances to follow suit but didn’t, Farrell wrote. The ruling leaves two options for West Virginia prosecutors: hope for a favorable upcoming appeal with the state Supreme Court, or — if they lose — lobby for changes to state law with a Legislature that typically hasn’t added LGBT protections.”

HEALTH. Could Alzheimer’s be caused by past infections? “More than five million Americans live with the degenerative brain disease that robs people of their memory.  It is the sixth leading cause of death in the U.S. a study led by Harvard University researchers and published this week in the journal “Science Translational Medicine” suggests that Alzheimer’s could stem from the brain’s past attempts to fight off infections.”

SAO PAULO. World’s largest Pride parade held. “Brazilians have little to celebrate at the moment. The country is dealing with a Zika outbreak, the president’s impeachment, and pressure to postpone this summer’s Olympics in Rio de Janeiro. But the parade was an opportunity for people to dance, dress up and enjoy themselves, even if the overall theme of the gathering – a demand for equal rights – is a serious one.”

DONOVAN LIVINGSTON. Student’s convocation address at the Harvard Graduate School of Education goes viral: “I had no idea the poem would be so well received, but I’m certainly grateful for all the positive attention that it’s been getting, whether it’s from Hillary Clinton or friends that I’ve grown up with my entire life,” Livingston said. “It means the same to me that I was able to touch and inspire some folks for five minutes.”

THE BELLS. They’re keeping Mika up in Strasbourg.

SCIENCE AT HOME. Here’s what happens when you set your pool on fire and try to put it out with liquid nitrogen.

Previous Post: « Nick Jonas: ‘I’d Be Lying’ if I Said I Haven’t Had Sex with a Man
Next Post: Somebody Sprayed ‘Die Fags’ Inside a Hamburger Mary’s Restaurant in Chicago »