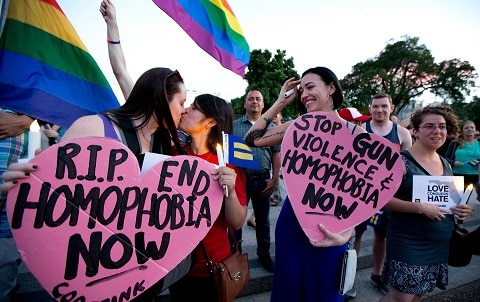 Following last weekend’s massacre in Orlando, a group of 50 mostly LGBT organizations including GLAAD, The National Center for Transgender Equality and Gay Men’s Health Crisis, have signed a pledge committing themselves to back gun control legislation.

The statement notes that LGBT people remain vulnerable to bias-motivated violence, especially the trans community and LGBT people of color.

Other groups signing the pledge include Pride at Work, The National LGBTQ Task Force and The Trevor Project.

The statement calls on Congress to take action to prevent known and suspected terrorists and those convicted of violent hate crimes from legally buying guns and to ensure background checks are required on all gun sales.

“The gay community is well organized and extremely resourceful.There’s that expression: ‘Don’t wake a sleeping dog.’ I think they just woke up the gay dog.”

Dr. Scout, director at CenterLink, an association of leading LGBT centers, said the new alliance “could be a watershed moment in this fight. A lot of us,” he added, “have been involved in gun control in the past but now it’s a primary point in the agenda of our joint leadership.” 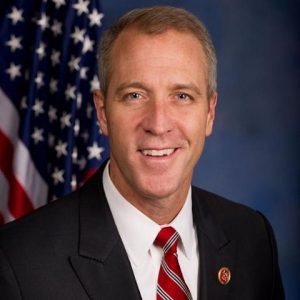 One of the groups notably absent from the effort is Human Rights Campaign (HRC). However, the organization has signed onto an Americans for Responsible Solutions statement which calls for preventing gun violence without endorsing any specific proposals.

Yesterday we reported that House GOP leaders blocked a vote on a proposal by Rep. Sean Patrick Maloney (right) to ban federal contractors from discriminating against employees on the basis of sexual orientation or gender identity.

Watch a Young Turks report on the NRA and gun control in the wake of the Orlando massacre below.