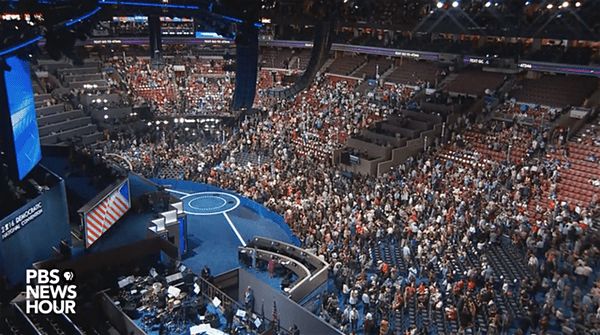 Monday is Day 1 of the Democratic National Convention and it’s already off to a raucous start. Outgoing DNC chair Debbie Wasserman Schultz was booed by her own delegation, Bernie Sanders was booed by his supporters when he called on them to elect Hillary Clinton and Tim Kaine, and Schultz announced she would not gavel in the convention or address the convention as a result of backlash over the Wikileaks dump of DNC emails.

You can watch the first day of the DNC live, below.

Previous Post: « This Gay Remake of the Opening Credits of ‘Cheers’ is Poignant and Perfect: WATCH
Next Post: MTV’s ‘True Life’ Will Share Stories of 4 Orlando Survivors – WATCH »