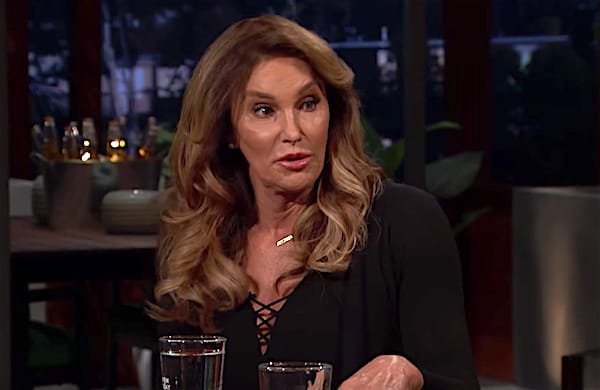 Caitlyn Jenner appeared on HBO’s Any Given Wednesday with Bill Simmons and said she’s a Republican because she thinks the government has too much power and she believes in the Constitution.

“I think that the Republican side, although I’ve been very disappointed with them even over the last 10, 20 years, has a better opportunity to bring this country back as close as you can to what it was.”

When asked if she has supported Donald Trump yet, Jenner claimed, “I have not outwardly supported anybody.”

While Jenner may not have ‘endorsed’ a candidate, one could argue with the claim she hasn’t supported any of them.

Earlier in the primary season, Jenner said she wanted to be Ted Cruz’s “transgender ambassador,” called Hillary Clinton a “f**king liar,” and tried to prove how tolerant Trump is toward transgender people by peeing at Trump’s hotel.

She also recently said that Trump seems “very much behind the LGBT community.” Which, as we know, is so not true.

Jenner sees herself as a change maker within the Republican Party for LGBT people (though she seems a bit confused about the order of the letters in that acronym):