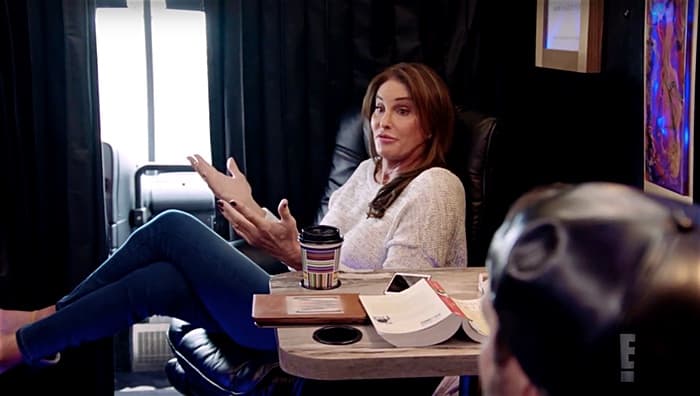 Caitlyn Jenner has made her affiliation with the Republican Party well known.

Jenner has said she still plans to vote for the anti-LGBT GOP in 2016 despite a slate of candidates who have been vocal and expressive about their opposition to LGBT issues in recent months on the campaign trail.

In a new profile in The Advocate, however, Jenner takes it a step further:

“I like Ted Cruz,” she declares. “I think he’s very conservative, and a great constitutionalist, and a very articulate man. I haven’t endorsed him or anything like that. But I also think, he’s an evangelical Christian, and probably one of the worst ones when it comes to trans issues.”

“I get it. The Democrats are better when it comes to these types of social issues. I understand that.” So why support Republicans? “Number one, if we don’t have a country, we don’t have trans issues. We need jobs. We need a vibrant economy. I want every trans person to have a job. With $19 trillion in debt and it keeps going up, we’re spending money we don’t have. Eventually, it’s going to end. And I don’t want to see that. Socialism did not build this country. Capitalism did. Free enterprise. The people built it. And they need to be given the opportunity to build it back up.”

Jenner reveals she met Cruz prior to her transition, more than a year ago, “and he was very nice.”

“Wouldn’t it be great, let’s say he goes on to be president,” she tells me in relating a conversation on the tour bus. “And I have all my girls on a trans issues board to advise him on making decisions when it comes to trans issues. Isn’t that a good idea?” she asked me.

“Yes, trans ambassador to the president of the United States, so we can say, ‘Ted, love what you’re doing but here’s what’s going on.’”

Cruz, of course, is no friend to the LGBT community. He made his latest attempt to demonize transgender people in December when he wrongly declared Planned Parenthood terrorist Robert Lewis Dear a “transgender leftist”. He also promised to fight LGBT rights in a phone call with right-wing extremists. Not to mention his own anti-LGBT forums.

This is just the tip of the iceberg, of course.