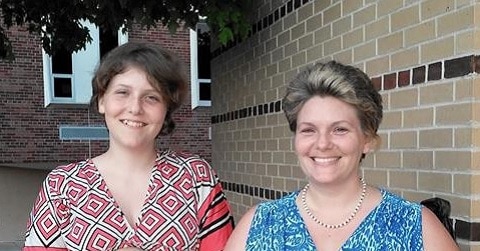 A ninth grade student in Pennsylvania has told her school board that she may not be able to graduate high school because of the guidelines introduced by the Obama administration relating to transgender students’ use of bathrooms and locker rooms. 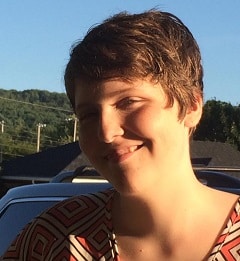 Last week, Sigourney Coyle (above left with her mother Aryn, and right) told an East Penn School Board she did not want to undress in the same changing room as transgender students for religious reasons.

“Gym requires us to participate to pass high school and if I don’t change I am not allowed to participate,” she said. “So my options are to let myself be discriminated against or fail gym for not participating and not pass through high school, which would jeopardize my future.”

The teenager added that she knows “some [transgender people] and I don’t have anything wrong with them. I would just not like their rights to overrule my own. We are equals. They are not better and I am not better.”

Following the Obama guidelines, Coyle began sitting out of middle school gym class because she did not feel comfortable using a changing room that transgender students could also use.

Ms Sigourney Coyle of Pennsylvania is a Heroine! She has GREAT COURAGE! And I support her!

“I have always been an advocate of any special arrangement that prevents any group of people from being mistreated based on who they are. But I will NOT stand by while the law dictates that male bodies are allowed to walk into my daughter’s locker room, undress next to her, and shower alongside of her. Whether or not the male bodies are covered in pants or skirts is irrelevant. They have no place in her locker room.” 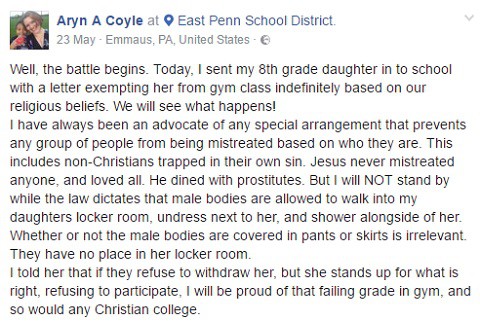 She later wrote that an application for religious exemption had been denied because it “only applies to health class due to sexuality content and not gym.” She added that she “will be proud” of her daughter’s possible “failing grade in gym.”

Sigourney also confirmed to the school board that an Emmaus High School official had given her permission to take gym class in the summer. Aryn Coyle said her daughter was “thrilled” with the development but claimed that it was a “band-aid” solution.

Aryn added that she had no problem with her daughter using the same restroom as transgender girls. However, she said her family’s Christian faith teaches that the first male before whom her daughter should appear nude should be her husband.

A spokesperson for the East Penn School District issued Buzzfeed News with the following statement:

“East Penn School District will continue to abide by all Title IX regulations regarding non-discrimination of students. The district administration is currently reviewing recent communication relative to transgender students received from the U.S. Department of Justice and the U.S. Department of Education, and will consult with the Pennsylvania Department of Education, the Pennsylvania School Boards Association, and the East Penn Board Solicitor. At the present time, the District feels it is in full compliance with the law.”

Watch an interview with Sigourney and Aryn Coyle below.