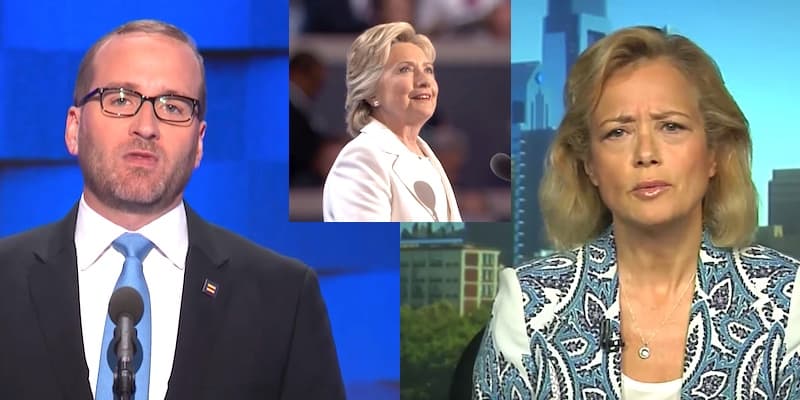 A new Washington Post article on Hillary Clinton’s gay rights record has LGBT advocates steaming and arrives at a time when her opponent Donald Trump is attempting to reach out to minority voters of all stripes, including LGBTQ voters. Don’t be fooled, as some wisely warned earlier this summer.

The article, “Hillary Clinton had the chance to make gay rights history. She refused,” charts Clinton’s evolution at key moments on several issues including marriage equality, DOMA, and Don’t Ask, Don’t Tell, portraying Clinton as someone reluctant to get on board gay rights issues until it was politically favorable. The article also downplays Clinton’s work on LGBT rights as Secretary of State, including the landmark speech she gave in Geneva in 2012, which should be required viewing for those seeking to challenge her advocacy.

Clinton’s approach to same-sex marriage illustrates the caution that has come to define her political career. It also reflects a central challenge for the 68-year-old candidate, who along with her husband helped to shape an era of centrist politics designed to appeal to culturally conservative voters but has struggled to adapt to a generation of Democrats who have moved further to the left.

In the article, Rosen discusses how “painful” it was hearing Clinton say she needed to balance the views of religious and family-minded people at a Logo forum on gay issues and Clinton’s lack of receptiveness to requests that she be more forceful in helping activists change Bill Clinton’s mind on “Don’t Ask, Don’t Tell”. Rosen says “it was like a dagger to the heart” when President Clinton signed DOMA, and remembers pleading with Hillary to stop couching marriage in religious terms during her public “evolution” on the issue.

In a tweet following the story’s publication, Rosen called the piece “odd and frustrating”, and suggested she was duped by Samuels, saying she thought it might be more “contrasting”…

This is an odd and frustrating story. I spent time with Robert Samuels because he said he was contrasting… https://t.co/ZHZ7mJVmmP

Also taking issue with the WaPo piece was Human Rights Campaign President Chad Griffin, whose relationship with Clinton on marriage equality is highlighted:

Chad Griffin, the executive director of the Human Rights Campaign, said he privately pressed Clinton to shift her position. Griffin, who grew up in Hope, Ark., writing letters to then-Arkansas first lady Hillary Clinton, said her resistance on same-sex marriage was “really hard.”

Months after Obama’s statement of support, Griffin ran into Clinton on an Amtrak barreling from New York to Washington. She told him she wanted his ideas for the best way to show her support for same-sex marriage.

Griffin said he had long known that she would come around eventually, but “the moment felt like such a relief.”

Griffin also tweeted his displeasure with the piece, asking, “Where’s the rest of this story @washingtonpost? Surely news is that @realDonaldTrump STILL opposes LGBTQ equality?”

Griffin and Rosen are correct. Donald Trump is no friend to the LGBTQ community and people need to know that. He opposes marriage equality, has said he will appoint Supreme Court justices that will overturn the Obergefell marriage ruling, and has said he will rescind President Obama’s guidance on transgender students, among other things.

The Samuels piece fails to show that Clinton, while her evolution did take time and she certainly was not a “leader” on any of the issues, is leaps and bounds ahead of her opponent when it comes to LGBTQ rights.

It also fails to note that President Obama, the greatest LGBTQ ally to sit in the Oval Office, was as equally ‘unevolved’ as Clinton at many points throughout the process of passing hate crimes laws, repealing DADT, and finally becoming a fierce advocate for marriage equality.

Previous Post: « GRUNT Campaign Targets Transgender Men Who Have Sex With Cisgender Men
Next Post: Teen Tells School Board She’ll Fail High School if She Has to Change Clothes with a Transgender Person »