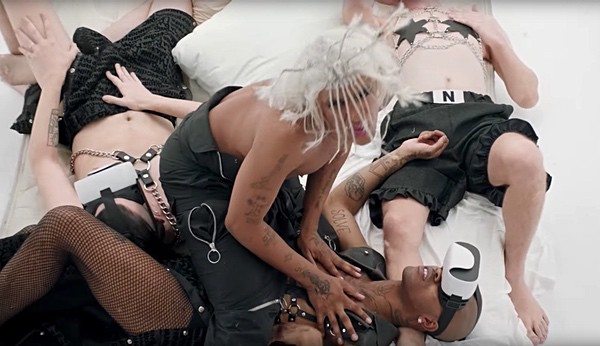 Rapper Mykki Blanco called out YouTube after the video-sharing site removed his video “Loner” over a male underwear bulge. The video has since been restored to the site.

As Blanco and others were quick to point out, there are many videos on YouTube that show just as much or more explicit material but are acceptable because they align with heterosexual standards of sexuality.

“Why is Queer sexuality censored & policed but images for a Cis male gaze of sexualized women are not ?” Blanco tweeted.

Blanco also said there had been a “social media produced comment thread” where someone said the video had an image of a male “scrotum” — an erroneous claim.

Now the video is back online but with a “content warning” that requires viewers to sign in to confirm their age before viewing.

In September, Blanco called out the music industry for placing a glass ceiling on queer artists: