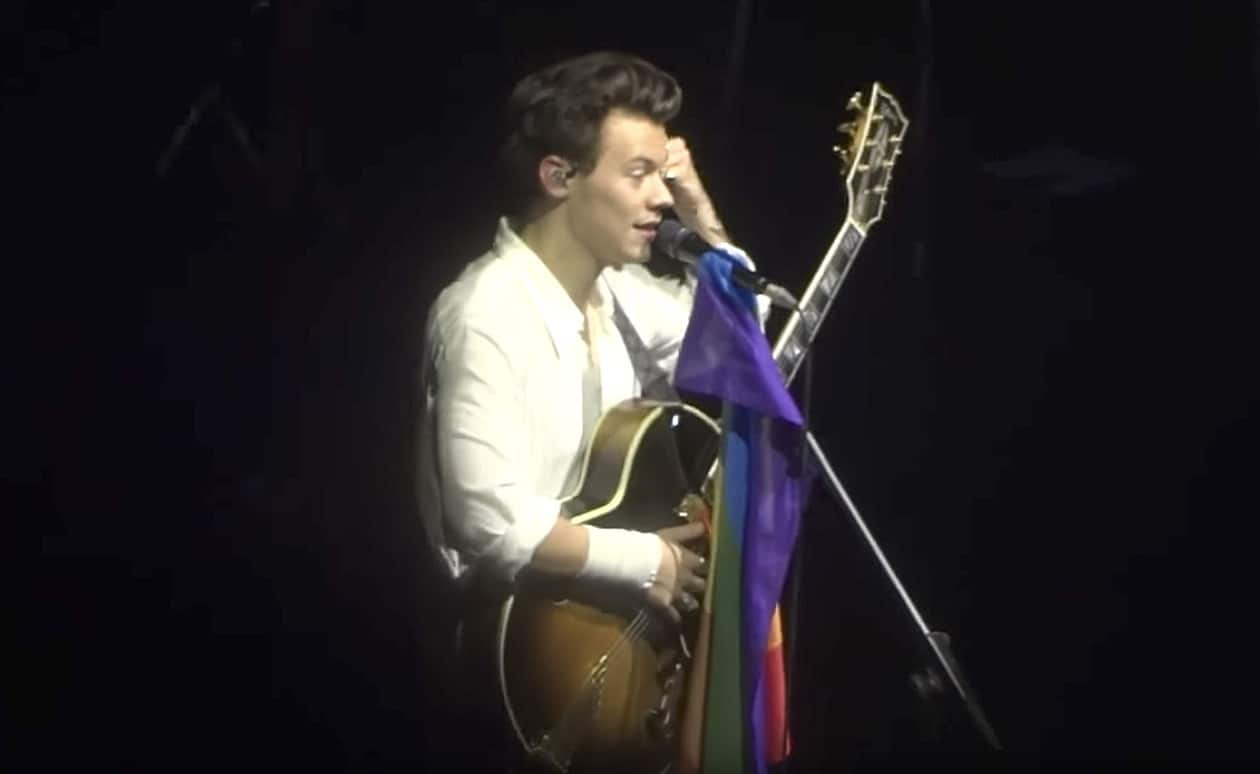 Harry Styles opened his U.S. solo tour in San Francisco last night and gave a nod to his LGBTQ fans by draping a rainbow flag over his microphone stand during a cover of Ariana Grande’s “Just a Little Bit of Your Heart”.

This isn’t the first time Styles incorporated his support of the LGBTQ community into a live performance. The singer wore the LGBTQ symbol as a cape during a One Direction show in New York in 2015. He also showed support for out NFL star Michael Sam by wearing the football player’s St. Louis Rams jersey during a 2014 1D show.

Harry Styles was tight-lipped when asked about his sexuality in an interview with UK tabloid The Sun published in May.

Styles also told a French talk show that he sees LGBT equality as something that’s “fundamental” and not political.