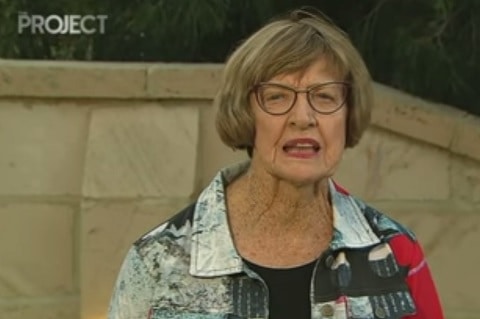 Court, a staunch opponent of LGBT rights, made her comments after she was removed as patron of a Perth tennis club last week..

After being dumped by Cottesloe Tennis Club in Perth last week, Court – who won 24 singles Grand Slam titles over the course of her career – said that the move was “politically motivated” and that the LGBT people are aiming to “destroy marriage.”

“I think it’s sad. You don’t have the freedom of speech today to really defend yourself,” she said.

“It’s a sad day for our nation when it comes to that.

“Ian Thorpe can stand for the other side and there’s no criticism but when we stand for our Christian beliefs or God’s side I feel sporting people are very intimidated, they’re put down.”

However, Cottesloe Tennis Club President Ian Hutton said while Court’s views on same-sex marriage were mentioned during the debate, the issue for many members was her availability to attend club events.

Tennis West chief executive Michael Roberts said given Mrs Court’s views were so polarizing, she needed to accept what came her way and that he did not think the decision was a mistake.

“If you’ve got an opinion that’s very polarizing, when you’re so firmly supportive or against something, then it’s going to have an impact on how you’re perceived in the community,” he said.

Court continued her campaign last week, stating at an event:

“I sense at the moment you can put a Yes sign in the window, everything’s all right, but if you put a No sign you get a brick through your window.

“We already have 36,000 gay couples in this nation, that’s not a lot of people when you think about the 25 million. They already have civil union.

“They want marriage because they want to destroy it.”

She added that the consequences of same-sex marriage would lead to the abolition of Mother’s Day, Father’s Day, Easter and Christmas.

Watch an interview with Court in which she explains her position on boycotting Qantas.

Previous Post: « A Busy Billy Eichner Dishes on Being a Gay Actor in the Mainstream
Next Post: Sam Smith’s ‘Too Good at Goodbyes’ Video Lays Bare the Risks of Intimacy and the Pain of Heartbreak: WATCH »