You are here: Home / Jenny Durkan Elected Seattle Mayor, is First Out Lesbian and First Woman Since the 1920s 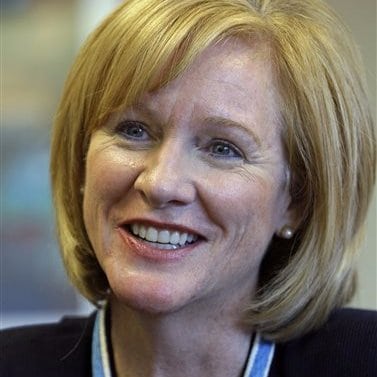 Jenny Durkan has been elected Seattle mayor. She is the first out lesbian to hold the office and the first woman since 1928.

Durkan won 61 percent of the vote in Tuesday-night returns, claiming a decisive lead over opponent Cary Moon after a roller-coaster election season that saw Ed Murray resign as mayor and 21 candidates clash in a super-competitive primary.

Their showdown wasn’t what anyone was predicting early this year, when then-Mayor Murray was widely expected to cruise to victory and a second term.

Then multiple men publicly accused Murray of sexually abusing them decades ago, when they were teenagers. Murray vehemently denied the accusations but cited them when he ended his re-election campaign in May, throwing the race into turmoil.

Though Murray had struggled to reduce homelessness, the former state lawmaker had helped set the city on a path to a $15-an-hour minimum wage while persuading voters to boost taxes for parks, buses, preschool and low-income housing. His withdrawal created a power vacuum.