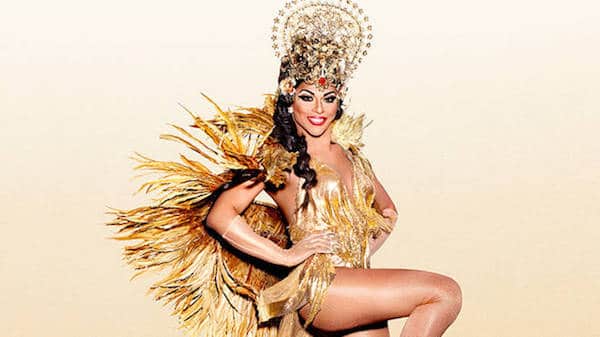 Trailblazing LGBTQ drama The Fosters hits a major TV milestone with its 100th and 101st episodes Tuesday. Stef and Lena attempt to rekindle their romance at a couples retreat while it’s graduation day for Brandon and Callie. Watch the drama unfold at 8 p.m. Eastern on Freeform.

The latest tearjerker to hit the TV is coming your way in the form of high school musical drama Rise. Although the series has faced criticism for “straight-washing” the lead character portrayed by Josh Radnor, it features several LGBTQ characters in the drama club working to put on their version of Spring Awakening. The series premieres Tuesday at 10 p.m. Eastern on NBC.

It’s the penultimate episode of The Assassination of Gianni Versace: American Crime Story Wednesday at 10 p.m. Eastern on FX. If you’re behind, catch up with our recaps.

An all-star queen is crowned on the finale of RuPaul’s Drag Race All Stars Thursday at 8 p.m. Eastern on VH1. Only one queen will get her portrait in the Drag Race Hall of Fame. Shangela certainly feels like the frontrunner, but could Trixie, Kennedy or Bebe pull off an upset? Find out this week.