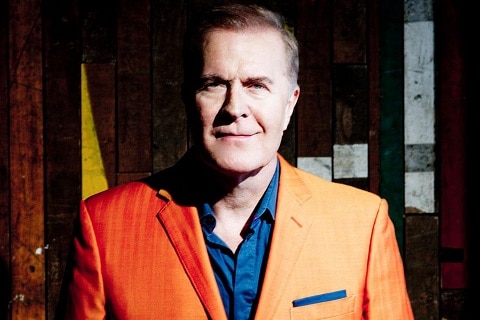 This week in New Music: ABC (above) recapture the glory days with The Lexicon of Love II, Beth Orton returns to her electronic roots on Kidsticks and Minor Victories is a supergroup of sorts who have never actually met each other.

ABC – The Lexicon of Love II

A scary prospect for long-term fans, a potential oddity for people in their 40s and 50s who remember “The Look of Love,” “When Smokey Sings” and “All of My Heart” with gleeful nostalgia, The Lexicon of Love II is actually a treat to behold.

Songs like “The Flames of Desire,” “Ten Below Zero” and “Viva Love” sound quite frankly like the last 37 years never happened. Martin Fry himself has himself admitted that he is looking back “unapologetically” to the likes of “Poison Arrow” et al.

In fairness why wouldn’t you? This isn’t Meatloaf trying to recapture the magic with Bat Out of Hell II. This is the magic distilled to perfection. “Brighter Than the Sun” is a dud. Who cares? The rest is a joy. 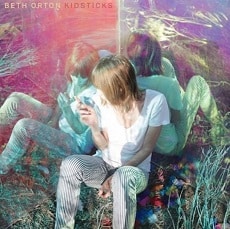 After 20 years as a performer firmly placed – or possibly stuck, in her own mind, given her latest album Kidsticks – Beth Orton seems to be going for a full-on reinvention.

Co-produced with a member of Fuck Buttons of all people, Kidsticks isn’t too much of a stretch for Orton given her early work with the likes of Chemical Brothers. However, as a follow-up to 2012’s Sugaring Season it might come as an unexpected – and pleasant – surprise.

A highlight of the album is “Falling.” Like much of the rest of the album you might be reminded of Everything But the Girl’s semi-reinvention close to the end of their career, complete with more grown up concerns.

Not quite the reinvention seen on Anohni’s Hopelessness, Kidsticks is nevertheless a departure that suggests Orton is, at 45, loosening up. 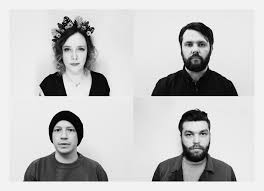 Minor Victories is made up of members of Mogwai, Editors and Slowdive.

Often derided back in the distant pre-Internet days, collaborations between people who never actually met is still in concept a touch iffy. “We didn’t record in the same room, or at the same time. To be honest we probably didn’t start off with the same vision,” admit Minor Victories.

Not a supergroup then but a sort-of group, the album also includes contributions from the likes of James Graham from Twilight Sad and Mark Kozelek of Sun Kil Moon. As with the different visions of the main culprits here, you can also hear the distinct voices of the contributors. Kozelek particularly is in fine Kozelek mode. As if this was an outtake from his recent collaboration with Jesu, he tells us in the close-to-romantic “For You Always”: “We met once in Los Angeles just around the time of the Columbine murders and Mojave 3 were playing on Sunset Boulevard at Tower Records.”

For a band that apparently didn’t even know each other when they recorded the album, this is remarkable work.

Previous Post: « Somebody Sprayed ‘Die Fags’ Inside a Hamburger Mary’s Restaurant in Chicago
Next Post: England’s NHS Again Refuses to Back PrEP »