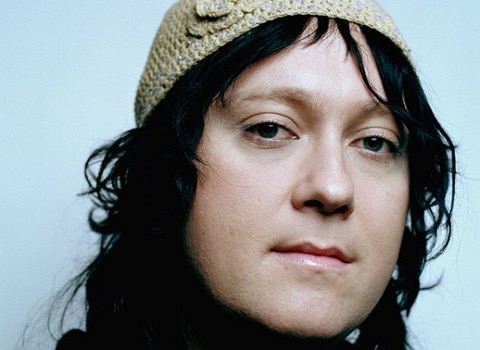 This week in New Music, 2016 kicks fully into gear with major releases from former Antony & the Jonsons/Antony Hegarty now Anohni and middle-aged legends Radiohead (and Beyoncé). 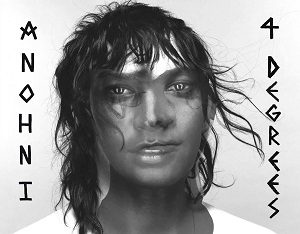 The artist formerly known as Antony & the Johnsons / Antony Hegarty has been quiet in the way of new material since 2010’s somewhat disappointing Swanlights. A change of outlook was perhaps required and you won’t find a bigger progression than on Hopelessness. No, not the fact that Antony is now Anohni. That’s a bit annoying for Last.fm obsessives but otherwise irrelevant.

Replacing the delicateness of the Johnsons, part of Anohni’s oeuvre is a collaboration with electronic producers Ross “Hudson Mohawke” Birchard (Kanye West) and Oneohtrix Point Never (no, me neither on the latter).

For me, the thought of Anohni dumping the orchestrated emotion of early albums Antony & the Jonsons, I Am A Bird Now and 2009’s stunning The Crying Light was a bit of a concern. What could wunderkinds like Birchard possibly add to one of the most original voices in music today? It would appear that Anohni has ditched the introspection for a protest album and the electronica is, as it should be, a pumping backing to her mad as all hell outburst against everything that’s wrong with the world.

Seriously, you wait for a decent protest album for an age and then two come along at once. But while PJ Harvey is just plain angry on The Hope Six Demolition Project, Anohni is really quite heartbroken.

When “4 Degress” was released last year it wasn’t too much of a departure musically but lyrically ANOHNI was out for blood.  “I want to see the animals dying in the trees,” she sang attacking climate change. But that song doesn’t prepare you for Hopelessness. “Drone Bomb Me,” the second album teaser plays that role. “Let me be the one you choose tonight,” she sings, taking on the voice of an orphaned Afghan girl.

If you were to think “Watch Me” is a love song or perhaps an updated Sting stalking some unfortunate woman on “Every Breath You Take,” you’d be sadly mistaken. Anohni’s concern here is global surveillance ( “I know you love me/ ‘Cos you’re always watching me”) perfectly employing her inimitable vocals and underscored by a pulsating electronica pandora’s box.

Watch me in my hotel room

Watch my outline as I move from city to city

Watch my talking to my friends and my family

Protecting me from evil

Protecting me from terrorism

Protecting me from child molesters

Protecting me from evil

Watch me in my hotel room

Watch my iris as I move from city to city

I know you love me

‘Cause you’re always watching me

Her concern is not only general and perhaps meets its greatest statement on “Obama,” in which Anohni growls at the outgoing president’s seedier side:

When you were elected

The world cried for joy

We thought we had empowered

Now the news is you are spying

Those who tell the truth

Do you recognize the yellow

Staring back at you?

All the hope drained from your face

All the hope drained from your face

A potential concern with Hopelessness is that existing fans will be put off by her rage against the machine. Please don’t be. Hopelessness is not just a stunning indictment on the lies and deceit of the world in which we live, it’s also without a doubt her best album to date and one of the first event albums of the year, along with PJ Harvey and….. 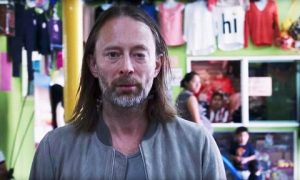 Honestly, new albums by Anohni and Radiohead in one week?

As someone pointed out the other day on Twitter, a new album from Radiohead is like the straight white middle aged male version of Beyoncé gifting the world with Lemonade. I tick three of those boxes so a release last Sunday night at 8 p.m. of their ninth album A Moon Shaped Pool was a major life event. Tie that in with the 2 a.m. showing of Game of Thrones on Irish TV on Monday morning, it’s been a long and exhausting night.

When Radiohead last week deleted their social media presence before unleashing a video for album track “Burn the Witch,” most of the world was confused. Fans in the UK and Ireland at least got the visuals – an homage (or something) to 1970s tv show Trumpton which has previously only bated music fans on Half Man Half Biscuit’s seminal The Trumpton Riots. Pitchfork called the video “a pointed critique of nativism-embracing leaders across the UK and Europe.” Yeah maybe, or perhaps – and what do I know? – it’s just Thom Yorke and co sticking a thumb up to a world which has always accused them of being up their own arses.

What is clear from the video is that – like the aforementioned PJ Harvey – in their exalted position that they can do what the hell they want. Many fans have steadily fallen away from Radiohead since they disavowed the student rock of 1993’s “Creep” towards an experimental aesthetic that perhaps reached its culmination with Hail to the Thief in 2003.

Since then, Radiohead have released two albums entirely on their own terms. 2007’s In Rainbows (one of their best) was free if that’s what you wanted (I threw them a few euros). Slightly less meaty was 2011’s The King of Limbs. But Radiohead don’t give a damn what I or anyone else says. Their fans are legion and A Moon Shaped Pool has racked up more interest than any other release so far this year (ok, apart from Beyoncé) with absolutely no marketing necessary.

Whatever the levels of excitement/disdain on Twitter, one thing you can be assured of with Radiohead is that – while retaining the glum outlook and understated instrumentation that often seems at odds with Yorke’s vocals – they will always strive for something different and that’s certainly the case with A Moon Shaped Pool.

Perhaps because King of Limbs was a bit dodgy, the lads have put their musical differences aside (literally differences in this case) and worked hard to combine Jonny Greenwood’s successful career as a soundtrack composer with Yorke’s often ice cold electronica. That coming together is possibly best heard on “Desert Island Disk,” the closest to a pop song you’ll get here. “Ful Stop,” meanwhile harkens back to the glory days of the unstoppably urgent Amnesiac.

An instant favorite for fans will be closing track and actual tearjerker “True Love Waits.”

“These Are My Twisted Words” they told us back in 2009. These ones really are but it’s not just the words, it’s the message: We are Radiohead. We thank you.