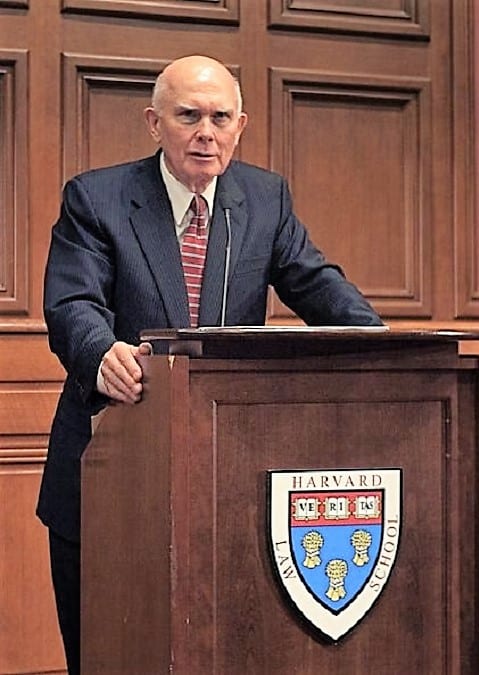 In a series of videos posted on YouTube last weekend, Mormon leaders are shown discussing the “homosexual agenda” and pondering how they might one day “counter homosexuality.”

The anonymous YouTube account “Mormon Leaks” shows presentations to the church’s leaders, the “Quorum of the Twelve Apostles“, behind closed doors.

The leaders are seen discussing issues including the “homosexual agenda,” Iran’s nuclear centrifuges, how to convert Kurds to Mormonism and whether WikiLeaks founder Julian Assange is gay.

Vice reports that in a video from 2011, Apostle Dallin H. Oaks (above), who is set to become the next president of the Mormon church, says he is “suspicious that the new media cover up anything involving homosexuals when it would work to the disadvantage of the homosexual agenda and so on, and I just wondered if there was some of that in this.”

In a video from 2008, Gerrit Gong, a high-ranking leader in the church’s “Quorum of the Seventy” questions whether advances in gene therapy should be used by Mormons one day to “counter homosexuality” or drug addiction.

In a statement, a church spokesman confirmed the videos are authentic. He added that “In these committee meetings, presentations are routinely received from various religious, political, and subject-matter experts on a variety of topics. This is an informational forum, not a decision-making body.”

Watch two of the videos below.