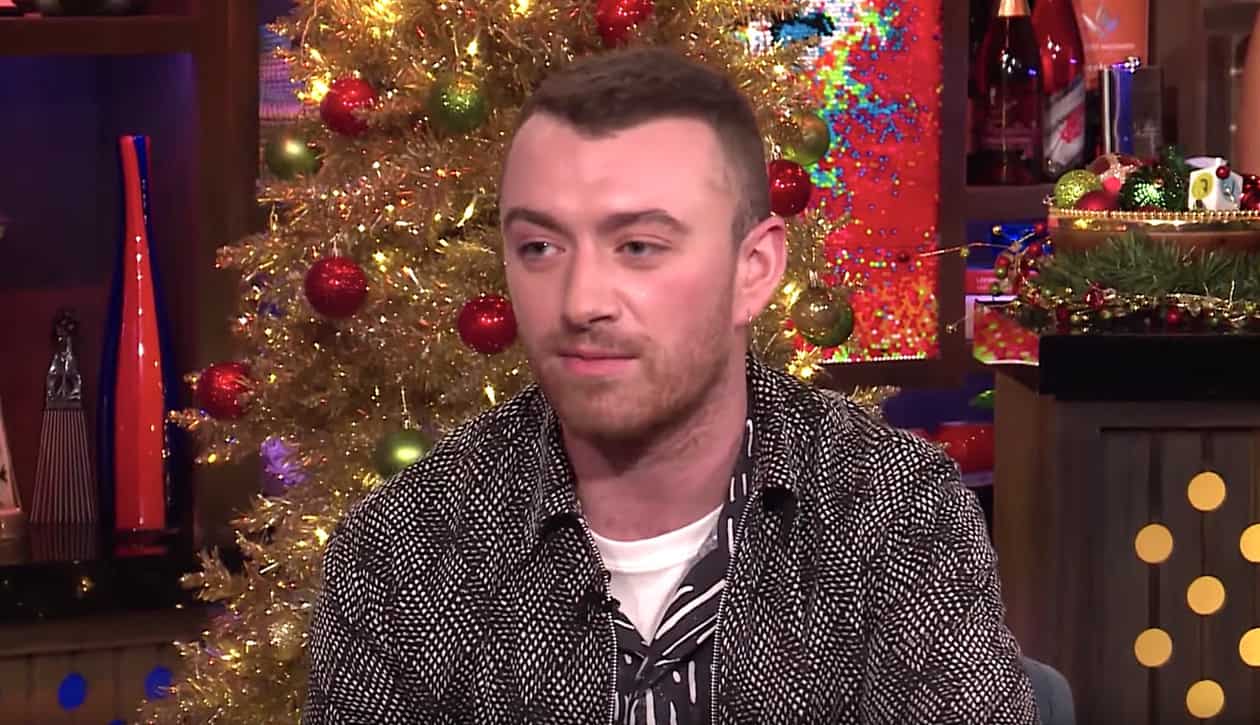 Sam Smith puts on a cool, bashful, never-been-kissed exterior, when in reality he’s a sex-hungry animal who’s looking for man sausage around every corner.

Watch him reveal his ‘Real Housewives’ tagline to Andy Cohen:

Smith recently said he doesn’t feel like a cis man, adding that he feels as much woman as he does man.

“I remember, at the beginning of my career, being called a ‘gay singer’, and I didn’t want that. I wanted to be seen as a singer first, before people spoke about my private life. And now it’s changed — I’ve changed. I realise that maybe I don’t mind that title.”

Smith’s critics have always perceived him as rather controlled and managed — straight, in his own Smith-ish way. Yet there is much more to him than his earnest on-stage persona. “I love a heel,” he announces sneakily. “I’ve got loads of heels at home.” There is a drag shop in Sydney that he loves, called House of Priscilla, and when he goes there, he raids it. “Oh my God, I just buy everything — heels, dresses. We have a great time.”

This is not new. “People don’t know this, but when I was 17, I remember becoming obsessed with Boy George and Marilyn, and all that. There was one moment in my life where I didn’t own a piece of male clothing, really. I would wear full make-up every day in school, eyelashes, leggings with Dr Martens and huge fur coats, for 2 ½ years.” Does he feel like a “cis” man? “No,” he scoffs. “I mean, I’ve got these tattoos on my fingers” — he flashes two delicately etched Venus symbols, one on each hand. “I don’t know what the title would be, but I feel just as much woman as I am man.”