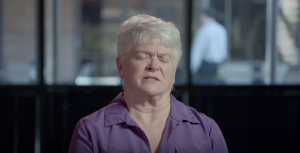 Looks like all the anti-gay culture warriors were busy this weekend either rallying in Kentucky or teaming up with Ted Cruz.

In a new Cruz video titled “Stand for Religious Liberty,” a “who’s who” of anti-gay florists, bakers, business owners, and public officials share horror stories of facing pushback for their discriminatory actions. 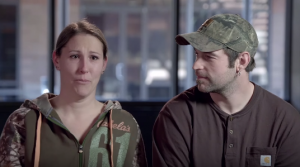 “When you have your own government telling you you don’t have religious freedom, now that is very disheartening,” said bakery owner Aaron Klein (pictured right, with wife Melissa) who was fined $135,000 for discriminating against a lesbian couple back in January 2013. Aaron recently gave an interview to the End Times radio program in which he warned churches would soon be forced by the government to fly rainbow flags, so clearly he knows what he’s talking about.

Also featured in the video is Barronelle Stutzman (pictured top), the Washington florist who was fined for refusing to provide flowers for a longtime customer’s wedding to his same-sex partner because of her “relationship with Jesus Christ.”

“I definitely understand freedom in a different way,” said Stutzman in the video. “When it happens to you, and it will happen to you when they take that away, it takes on a whole new meaning.”