I’m always behind in my reading, but more than most, 2015 was a year when my pile of “must read” books grew far faster than I could possibly hope to get through it. (The unread book that looms largest is Marlon James’s Booker-winning ‘A Brief History of Seven Killings,’ which I can’t wait to read as soon as I can.) So this list isn’t at all a statement about the year’s best books, but instead a very personal record of highlights in a year of queer reading. 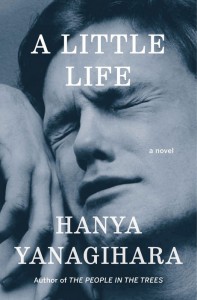 The year was marked by two game-changing novels that challenged, inspired, and thrilled me, shifting the boundaries of my sense of what fiction can do. Hanya Yanagihara’s ‘A Little Life’ was probably the most discussed–and definitely the most controversial–novel of the year. It was certainly the one I couldn’t stop talking about. Reading it was the most immersive and emotionally rich experience I’ve had with a novel in years. I argued over at The Atlantic that the book is a profound exploration of gay men’s lives and engages with aesthetic traditions that have long been coded as queer, but you don’t have to agree with me that it’s a “great gay novel” to marvel at it as one of the most ambitious books to appear in a long time. 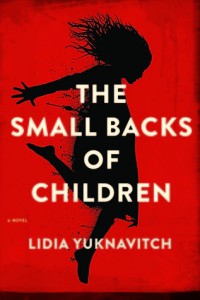 Lidia Yuknavitch’s ‘The Small Backs of Children’ is a gut-punch of a book, a profound exploration of motherhood, war, and the intersection of desire, violence, and art. Like Yanagihara, Yuknavitch throws away all the rules, choosing wild experimentation over the realism that governs much of American fiction. The story of an American writer and the orphaned child she adopts from a war-torn country, this novel is so intense in its rendering of urgent emotion that my hands were shaking as I read. It’s also a kind of masterclass in writing sex, and in the work sex scenes can do in fiction. 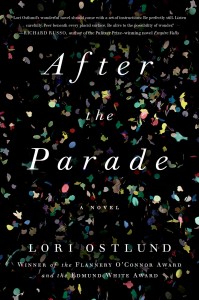 I also loved Lori Ostlund’s ‘After the Parade,’ a very moving novel about the long legacy of grief and the terrible challenge of learning to live life on your own terms. I was late getting to Kim Fu’s beautiful ‘For Today I Am a Boy,’ which was published in 2014, and loved her portrait of three sisters, one of whom happens to have been born male. Christopher Bollen’s ‘Orient’ is a gorgeously written, lyrical exploration of family and identity, and an unconventional, riveting mystery. Finally, I was amazed by Megan Kruse’s stunning, heartbreaking ‘Call Me Home,’ which I bought after hearing her read as one of the National Book Foundation’s 5 Under 35 honorees in November. In telling the story of a family that is blown apart and finds its way to a life together again, Kruse meditates movingly on injury, forgiveness, and ferocious love. It’s a gorgeous book. 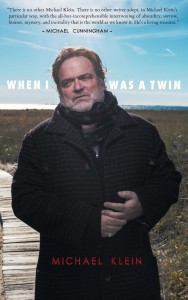 In nonfiction, Ryan Berg’s ‘No House to Call My Home’ is an urgent brief from the front lines of the fight against LGBTQ youth homelessness, offering a powerful series of portraits of brave, smart, fierce young queers. D. Gilson’s essay collection, ‘I Will Say This Exactly One Time,’ is cultural criticism at its best, leaping from Colby Keller to Ke$ha to Michel Foucault as it anatomizes queer identity, race, and other absurdities in America today. David Crabb’s ‘Bad Kid’ was the funniest book I read all year, a wincingly true portrait of a queer kid in early 1990s suburbia. And in poetry, I loved the intelligence and operatic song of Michael Klein’s ‘When I Was a Twin,’ a beautiful book about love, loss, and New York City.

Looking forward, 2016 looks to be as rich a year for queer books as any. Four that are on my radar are Alexander Chee’s much-awaited second novel, ‘The Queen of the Night’; Saleem Haddad’s ‘Guapa,’ a story of coming-of-age in a country that resembles Syria; Brian Blanchfield’s brilliant collection of essays, ‘Proxies: Essays Near Knowing’; and Garrard Conley’s moving memoir of “ex-gay” therapy, ‘Boy Erased.’ And of course I hope you’ll check out my own novel, ‘What Belongs to You,’ which will be out on January 19th.

Previous Post: « Catholic Newspaper Names Gay Marriage Plaintiffs Its Persons of the Year
Next Post: New Year’s Eve Underwear Traditions from Around the World That You Didn’t Know Existed – WATCH »