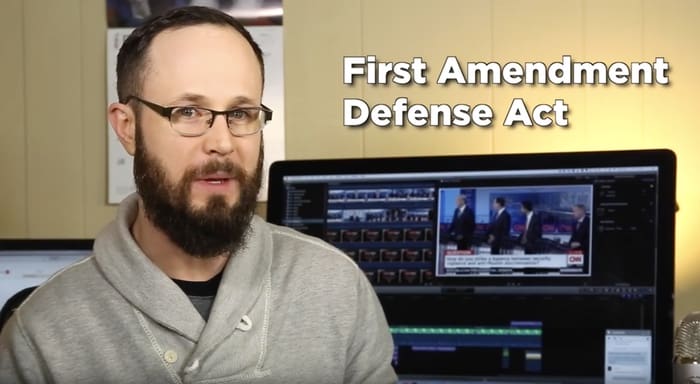 Last year we reported on the First Amendment Defense Act, a vile bill, introduced by bigot lawmakers Rep. Raul Labrador (R-Idaho), and Sen. Mike Lee (R-Utah). The bill would allow businesses and individuals to discriminate against gay people in the guise of ‘religious liberty’.

It’s a measure that both Ted Cruz and Marco Rubio (and four other now less consequential GOP presidential candidates) pledged to pass and sign into law in their first 100 days in office if they took the White House.

In a new segment, Matt Baume explains what the First Amendment Defense Act would do, and how it would punish straight people as well. Super Hobby Lobby is coming for heterosexuals in the bedroom too, “and not in a good way.”