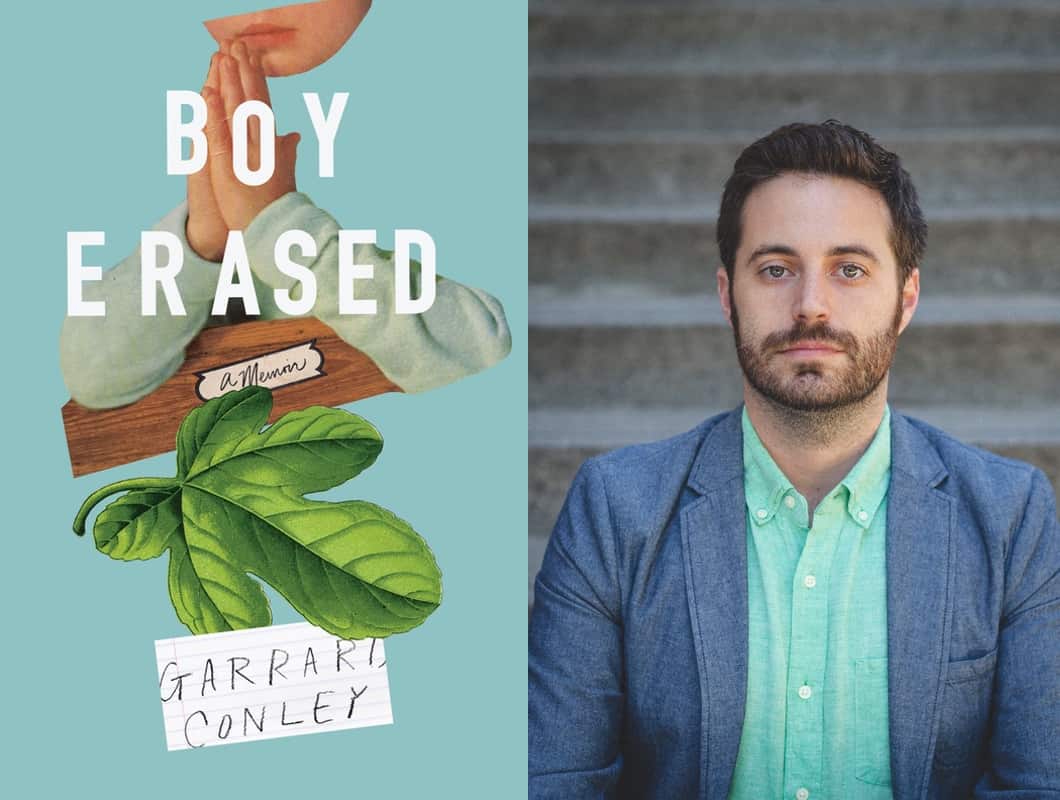 Our TowleREAD audio segment returns this week with a new memoir from Garrard Conley. Boy Erased recounts Arkansas native Conley’s life growing up in a religious home and being sent away to gay conversion therapy, an ordeal he would survive but which would drastically affect his life.

Conley spoke with Towleroad about Boy Erased, and he reads from the book in a segment below. Please have a listen.

In 2004, I attended Love in Action’s “ex-gay” conversion therapy program in Memphis, TN. My father had just become a Missionary Baptist preacher, and his new calling required him to take drastic steps with his recently outed son. There was simply no way he would be accepted as an ordained minister if people knew about my “sexual deviance.”

While he stayed home to prepare for his ordination ceremony, my mother and I travelled to Memphis, where I underwent two weeks of therapy. Spoiler alert: It didn’t work.

I didn’t talk about my experience for 8 years. My parents and I never had conversations about what had happened or why my therapy had failed. I joined the Peace Corps and moved to Ukraine and tried to put the past behind me. But as most “ex-gay” survivors know, the trauma we experienced is not often immediately decipherable, though its effects are long lasting.

I began to wonder why I experienced so many intimacy issues, why another man’s touch would sometimes burn my skin. I wondered why I didn’t feel very close to my parents, why so many things were left unsaid. Many of us who have lived in fundamentalist households or experienced the mind-numbing effects of a fundamentalist church know just how persistent denial can be.

So when I returned home to the States one summer, I began to interview my mom. I asked her to sit down at a table with me, and I placed a recorder between us, and I listened to her side of the story. She listed to my side. We cried, and we laughed, and we asked for forgiveness. Hearing my mother’s take on Love in Action’s therapeutic process was extremely helpful in structuring my book. I was able to fill in the gaps in my memory, look at the experience anew.

When I talk about this subject, so many people ask me, “How could a parent ever subject a child to ‘ex-gay’ therapy?” And my answer is always, “Have you never visited these towns? Have you never been to the Bible Belt?” It is my hope that this book offers a window into the evangelical world for the incredulous outsider and a shock of recognition to the initiated insider.

Conley’s fiction and nonfiction has been published in The Common, The Madison Review, The Virginia Quarterly Review. He teaches English literature and promotes LGBTQ equality in Sofia, Bulgaria.

You can pick up Boy Erased on Amazon.

Jim Downs Reexamines Gay Culture, History, and Sex in the 1970s in ‘Stand By Me’