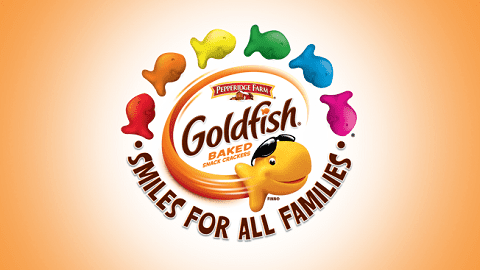 Following yesterday’s news that Nike is going gay for Pride, One Million Moms must be are likely to be livid given the group’s penchant for boycotting pro-gay products and retailers.

“Already a sponsor of the pride parades in New York and Philadelphia, this year Goldfish will also underwrite the parades in Cincinnati, the Twin Cities and Norwalk, Conn. Overall, the company has pledged to double its pride-related activities.

“Flying the rainbow flag makes good business sense for the snack brand. Goldfish is the No. 1 cracker brand with kids, and more and more same-sex couples are either adopting children or having children of their own.”

“We’re a kids brand, and families are the core of what we want the Goldfish brand to be about. We’ve had a lot of success as sponsors of the pride parade, and we wanted to focus our investment.”

With the hashtag #ForAllFamilies appearing on product samples and event signs, the company is hoping to “anchor a social media effort directed toward millennial-aged, same-sex households.”

Pepperidge Farm and its parent, Campbell’s Soup Company, have a strong record of LGBT inclusivity, having scored 100 on the Corporate Equality Index. Pepperidge has also been ranked by the Human Rights Campaign as one of the best places to work.