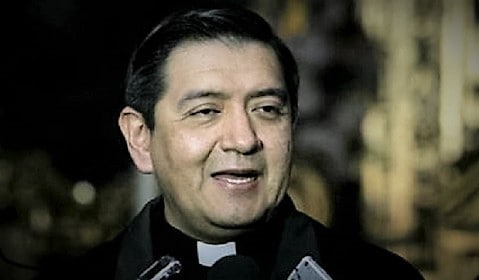 Valdemar was responding to a Conapred statement which said that a series of rallies last week opposing same-sex marriage were “absolutely discriminatory.” The cleric also attacked Conapred for taking a stance against an article in the Catholic outlet “Desde la Fe” entitled “No one is born gay” which claimed that ex-gay Dr. Richard Cohen of U.S.-based Positive Approaches To Healthy Sexuality has been successful in his use of conversion therapy.

According to Telesur, Valdemar said:

“There is persecution against the Church.

“It is something very serious, the state now determines the sexual behavior of citizens and forbids any attempt to return to normalcy…

“The state prohibits parents from helping their children to solve their sexual doubts and prohibits homosexuals from changing, but if they want to change their sex they fund that atrocity, it’s something diabolic.”

In Mexico, the Catholic Church is challenging the legalization of gay marriage. https://t.co/WFlld7ZhvB pic.twitter.com/vmfEtIVMT3

Anti-gay activists are planning a mega-rally this Saturday in Mexico City.

Below, watch a video of a march in Celaya, Guanajuato, last weekend during which a 12-year-old boy was photographed in the middle of the street trying to block the path of 11,000 demonstrators.