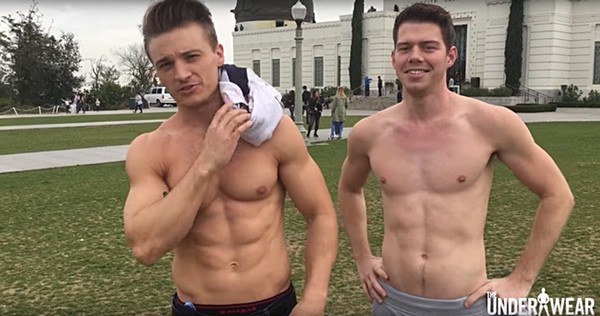 It’s Monday, so take a break with the latest episodes of The Underwear Expert’s ‘Boxers or Briefs?

Host Daniel X Miller headed to the Griffith Observatory to do some observing of stars, aspiring ones, that is. Miller persuaded a couple of actors to remove their shirts and show off what they’ve got on underneath.

In another episode, Miller heads to Hollywood Boulders to try out some rock climbing. While he’s there, the Underwear Expert quizzes the easy-on-the-eyes manager on what he likes to wear under the waistband while going vertical and even gets a peek.