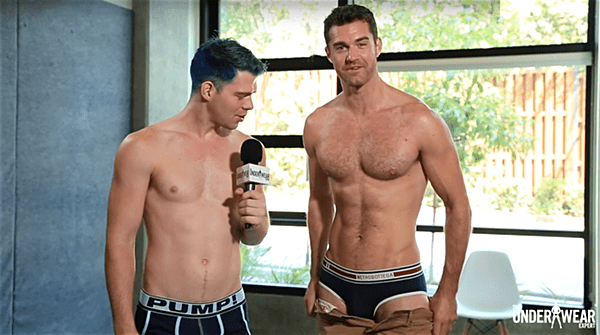 If you like guys with hairy chests you’ll likely enjoy the latest installment of The Underwear Expert’s popular web series, “Boxers or Briefs?”

For those unfamiliar, the series features host MarkEMiller interviewing various categories of men to find out about their underwear preferences. He also puts on a little bit of a peep show for viewers, having his interviewees strip down to their skivvies.

And this week it’s all about guys with fur. 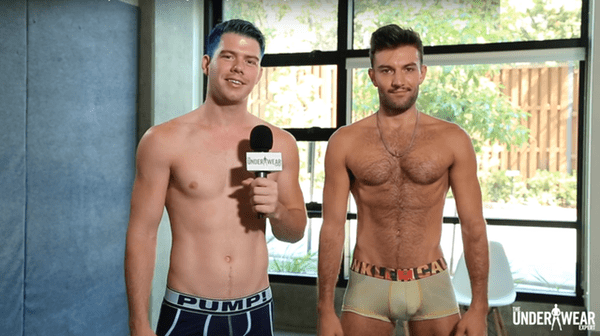