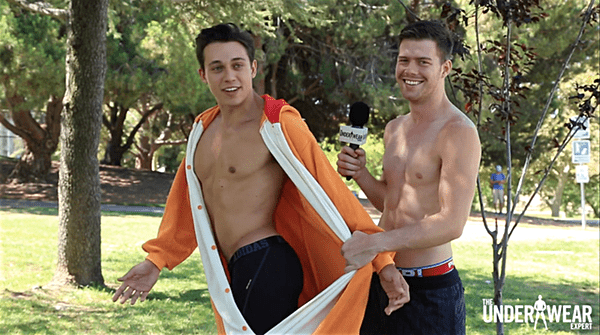 Pokémon Go has officially permeated deep into the core of contemporary gay culture.

In the latest episode of The Underwear Expert’s web series “Boxers of Briefs”, host DanielXMiller goes to Pan Pacific Park in Los Angeles to ask Pokémon Go players what kind of drawers they prefer.