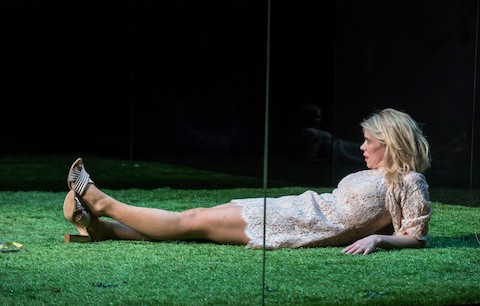 Two of the best productions in New York right now are knocking the wind out of audiences with vivid and bracing insights into the female psyche.

Edward Albee’s 1994 Pulitzer winner Three Tall Women, which opened last night in its Broadway premiere, receives a magnificent revival from director Joe Mantello, featuring master class performances from screen legend Glenda Jackson, the incomparable Laurie Metcalf, and Alison Pill, as one woman looking back on life from her deathbed. Across town at Park Avenue Armory, London’s Young Vic production of Yerma, a modern adaptation after Federico García Lorca, introduces American audiences to a virtuosic Billie Piper, as a woman gradually consumed by her struggle to conceive. 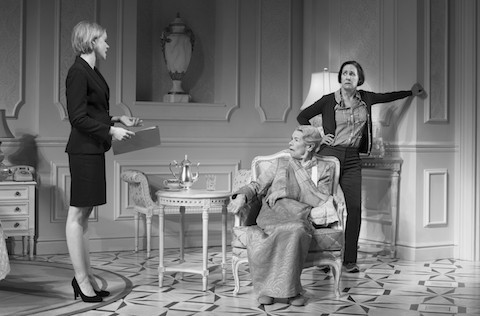 We meet Albee’s three women in a tastefully lavish pre-war bedroom (designed by Miriam Buether) belonging to the eldest among them, as formidable as she is fragile at just north of 90, brilliantly played by Jackson. With the matter-of-fact wit and grit that is Metcalf’s signature, in the play’s first part she plays the woman’s nurse and de facto sole companion. Pill is a young lawyer who’s come to look in on the old woman’s unpaid bills, clearly an outsider to the pat routine between caregiver and charge. 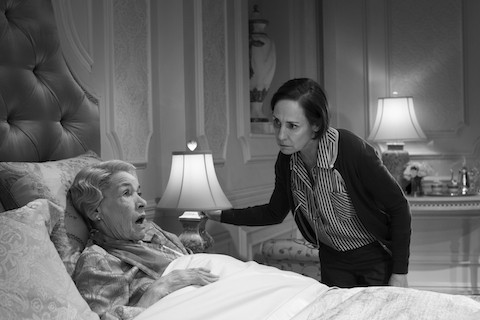 The play’s pivot point, which Mantello finesses with a visual flourish, finds all three playing the elderly character (said to be modeled on Albee’s adoptive mother) at different stages of her life, reflecting on her path and the choices she’s made. 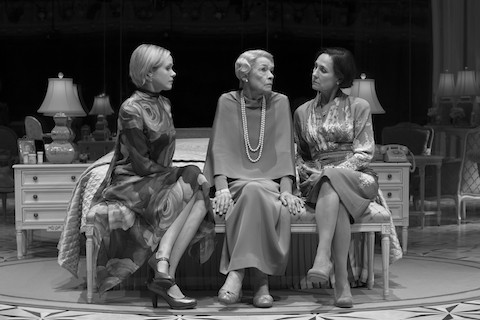 As a firebrand facing death, somewhat helplessly in the first part and with great circumspection in the second, Jackson delivers an intricate, razor-sharp performance that already feels like theatrical legend. Metcalf is in top form in both roles, punching every syllable with vigorous interior life. Nearly as headstrong but far more naive, Pill’s younger characters are most often on the receiving end of hard-won wisdom, as the actress holds her own against two towering greats. The synergy among all three is a marvel, lifting Albee’s meditation on the mortality to soaring heights. 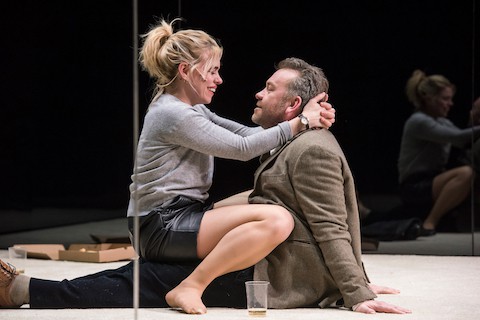 The beginnings of life are the focus of writer-director Simon Stone’s arresting and sensory-pounding Yerma, a deft modern update of Lorca’s 1934 poetic drama. Billie Piper plays a successful London journalist (called simply ‘Her’ in the script) who’s just moved into a new house with her not-quite-husband John (Brendan Cowell). (“Follow the lesbians,” John says of gentrification.) She’s just north of 30, and as they lie sprawled on their new floor swigging Veuve Clicquot, broaches the subject of kids for the first time. John makes a gallant show of stomping on her birth control pills as they agree to start trying. 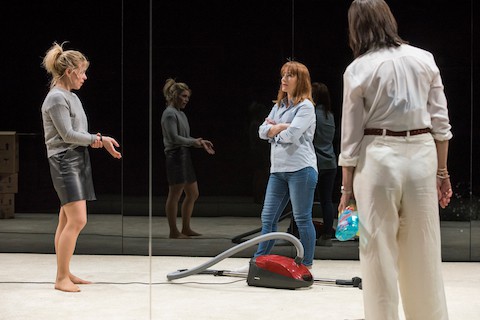 Stone’s production is set between panes of glass in what essentially looks like a terrarium meant for humans (scenic design is by Lizzie Clachan). Seated on either side, audiences observe from a sort of scientific remove — but the action behind the divide feels startlingly real. As days, months, and years pass in blackouts between scenes, her determination only grows more intense as her prospects of becoming pregnant grow increasingly remote. Meanwhile, her sister Mary’s (Charlotte Randle) ambivalence toward parenthood only seems to make Mary more fertile, and their mother Helen (Maureen Beattie) is the furthest from maternal among them. 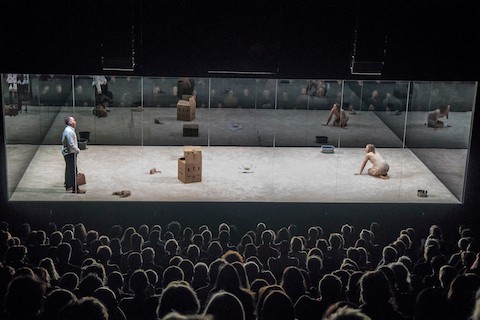 Tracing a spiral that turns on hopes and anguish faced by countless women, Piper’s performance is a tour-de-force from blithe start to bitter end. The entire cast, like Stone’s visually surprising production, is fine-tuned to optimize the story’s jolting emotional impact, by drawing us in so close we could press our noses against the glass. 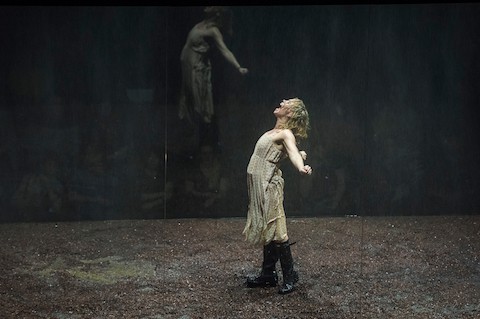 The spring arrival of these two visceral, thought-provoking productions focused squarely on the experiences of women feels like the season’s first gusts of fresh air.