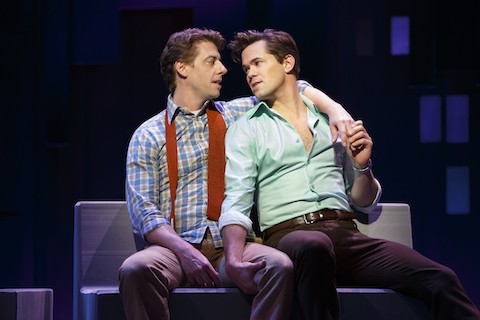 Much has changed since James Lapine and William Finn first introduced audiences to the world of Falsettos, a combination of two one-acts that premiered off-Broadway nearly ten years apart, in 1981 (March of the Falsettos) and 1990 (Falsettoland). The resulting composite musical, which first reached Broadway in 1992 and opened in a new revival at the Walter Kerr Theatre October 27, is naturally disjointed; the two acts were written on either side of the decimation of the gay community by AIDS in the intervening years.

It’s a curious piece of art whose composition is not quite conducive to being taken as a whole (and at nearly three hours, it demands a hefty appetite for nostalgia). James Lapine, who co-wrote the book and directed the original production, returns to the helm for this revival from Lincoln Center Theatre. 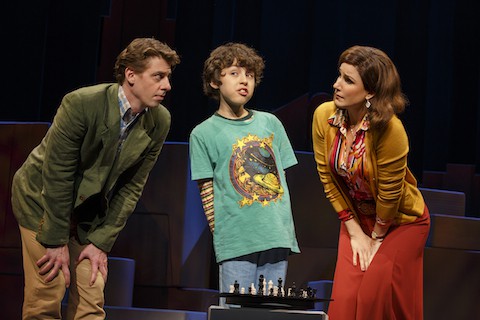 In what is perhaps a bid to make the show feel timeless, this production makes it more curious still, setting the action amidst an array of concrete-colored foam blocks that might look more perfectly at home in a joyless yoga studio (the scenic design is David Rockwell’s). But this is New York, and the characters are far from Zen: As they announce in the opening number, they are bitchy, neurotic, and very Jewish. 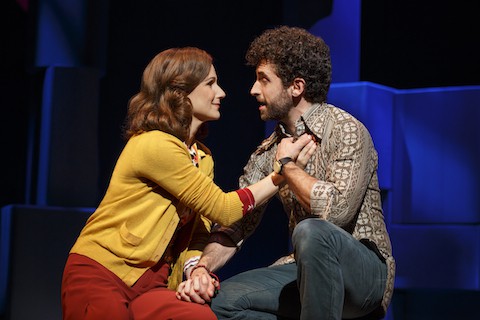 As far as 35-year-old rom-com setups go, this one does not retain much impact. In the era of marriage equality and nearly two decades since Will & Grace brought landed gay urbanites into the mainstream, there is little shocking or interesting about the plot of the first act — however fresh and unusual it may have felt at the time. It feels now like the sort of rerun you might question your decision to watch halfway through. (Spencer Liff’s goofy choreography does little to help.)

The clear highlight of this first half, and perhaps of the entire show, is Ms. Block’s savagely funny performance of “I’m Breaking Down,” which finds her character unraveling as her family dissolves. 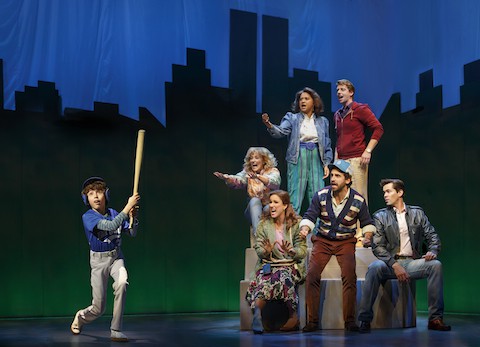 The musical transitions from one number to the next with minimal connective dialogue; though the story is clear, the show leans heavily on songs to relay plot and emotional color. In this way, the second act benefits from having higher stakes and meatier drama for the characters to work through. Certain numbers throughout feel like relics of a previous time — the music aggressively jovial, the lyrics openly clunky — others are sweetly poetic and deeply moving.

In contrast to the first act’s setup of unlikely lovers, revisiting the emotional impact of AIDS through the lens of a close-knit chosen family feels fresh with urgency. Morbid though it may be to say considering the context in which the story was written, when the spectre of mortality shows up three-quarters of the way in, the show picks up welcome momentum. 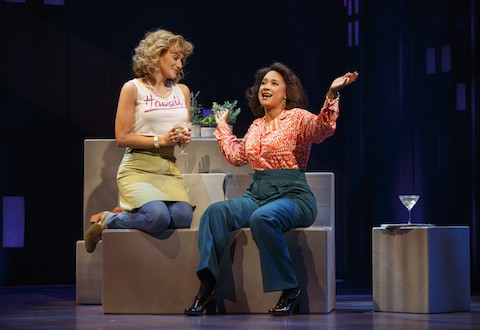 The actors likewise shine in the musical’s second half, which also introduces Tracie Thoms and Betsy Wolfe as an adjacent lesbian couple. Borle in particular delivers a sensitive rendering of Finn and Lapine’s lovely “What More Can I Say?” that seems to shed new light on the nature of love and loss.

In the end, it’s nearly impossible not to feel wrapped and wrung out by the show’s devastating conclusion, a credit to the production’s stars and to Finn and Lapine’s pioneering work setting a whirlwind chapter in our shared history to the page.