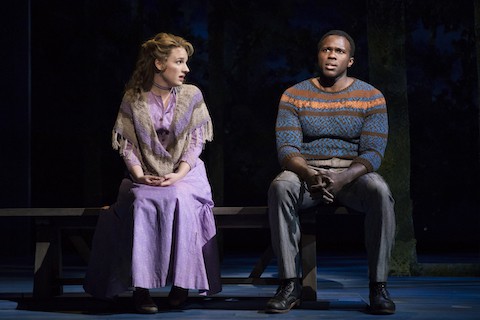 The key to enjoying a carnival is knowing when to call it quits. For Rodgers and Hammerstein’s beloved tale about a ne’er-do-well carney who hits his wife out of love (!), that day may have finally come. Rather than reckon with why even a canonical favorite might feel so uncomfortable right now, a new production of Carousel seems to simply hope we haven’t yet realized that the stories we choose to tell actually matter.

The latest revival, which opens tonight at the Imperial Theatre (the musical’s fifth in New York since 1945), is very handsomely staged by director Jack O’Brien and exquisitely sung by its stars Joshua Henry, Jessie Mueller, and opera diva Renée Fleming. But the feeling it inspires can perhaps best be expressed by the grit-teeth emoji. 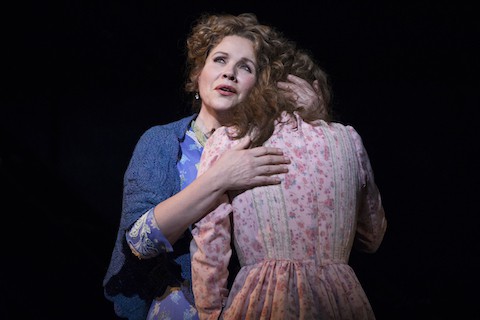 First comes the wide smile, for Santo Loquasto’s Hopper-inspired vision of coastal Maine, and Ann Roth’s chic turn-of-the-century finery. For a knockout Lindsay Mendez, whose name isn’t above the title this time but will be the next. For Justin Peck’s rigorous, balletic choreography. For songs many fans will know and love, including “If I Loved You,” “June Is Bustin’ Out All Over,” and “You’ll Never Walk Alone.”

That second act ballad draws Fleming’s most resounding ovation as Nettie Fowler, comforting her younger cousin Julie Jordan (played by Mueller). Julie’s just lamented over her husband Billy’s deathbed, “I know why you hit me. You were quick-tempered and unhappy.”

Before we grimace too hard, let’s back up. 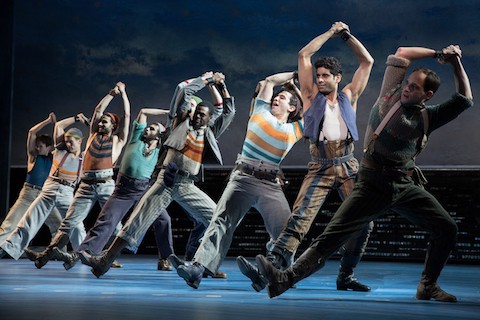 Julie meets Billy Bigelow (played by Henry), a barker at the town carousel, during the overture when he puts his arm around her on the ride. In the next scene later that night, she’s demure and he’s gruff. She winds up missing curfew and getting fired from the mill where she works. He’s likewise canned for consorting with a patron, and his boss Mrs. Mullin (a droll Margaret Colin) derides him as an “upstart” (to be fair, she also calls Julie’s sunny friend Carrie, played by Mendez, a “hussy,” which she certainly is not). 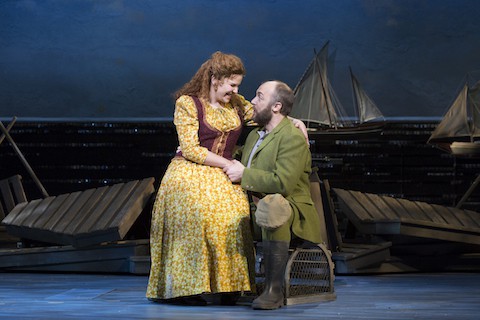 Language like that carries a different cadence directed at a Black man like Henry’s Bigelow, as do Mrs. Mullin’s insinuations of his sexual prowess.

At least for the first act, it seems O’Brien intends for audiences see a layer of racial politics overtop the musical’s existing class divisions, particularly as the story is set just a few decades after emancipation. Billy’s struggle to provide for Julie, and his reputation as a brute, seem colored here by cultural conceptions of Black masculinity. His friend Jigger (Amar Ramasar, a principal dancer with New York City Ballet) is likewise a person of color; when the two hatch a plan to rob Julie’s former boss, their shared difference from the community is difficult to overlook. 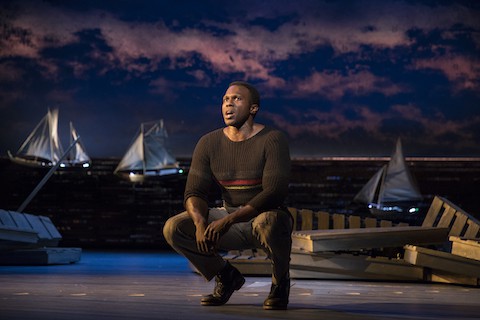 But O’Brien’s untimely revival ultimately lacks the conviction to follow through with what at first seems like a bold, even insightful, interpretation of a problematic fave. When Billy looks in on his family from the afterlife (he kills himself when the robbery goes wrong), his now-teenage daughter is white. Brittany Pollack, a virtuosic soloist also with New York City Ballet, brings a lithe, expressive innocence to the role. But Louise’s ostracization from the town because of her late father’s reputation doesn’t track as it would were she played by a mixed-race actress. 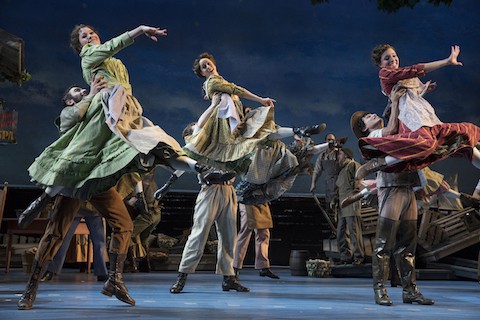 In hedging back on colorblindness, the production drops what might have been its most compelling artistic choice, just as it cuts a line here or there to make Carousel’s gender politics less cringe-worthy to modern ears. (Julie no longer confirms to Louise, “It’s possible, dear — fer someone to hit you — hit hard — and not hurt at all,” when Louise’s father whacks his daughter from beyond the grave. Thank producers for small blessings?)

O’Brien’s romantic visual staging delights in the elements — water splashing when sailors jump in the harbor, blossoms dancing down from treetops, salt-of-the-earth characters striving to live well. But this Carousel doesn’t share the same air that we do — the only way to enjoy the ride may be to hold your breath.

Recent theatre features…
In ‘This Flat Earth,’ Growing Up in the Shadow of a School Shooting
Get in, Losers: The ‘Mean Girls’ Musical Is Fun as Hell: REVIEW
In ‘Three Tall Women’ and ‘Yerma,’ Stunning Portraits of Women on the Verge: REVIEW
Chris Evans and Michael Cera Are Men in Uniform in Kenneth Lonergan’s Superb ‘Lobby Hero’: REVIEW
Andrew Garfield and Nathan Lane Star in Electrifying ‘Angels in America’: REVIEW
A Slushy ‘Frozen’ Opens on Broadway: REVIEW
Jimmy Buffett Serves up ‘Margaritaville’ on Broadway, Tequila Goggles Sold Separately: REVIEW
How to Save Civilization from Certain Disaster? Take a Cue from ‘SpongeBob’ on Broadway (Yes, Seriously): REVIEW

Previous Post: « Timothee Chalamet Goes to Pot in the Follow-Up to ‘Call Me By Your Name’ – WATCH
Next Post: James Clapper Talks Comey with Don Lemon: ‘I Have Every Confidence’ in Book’s Accuracy – WATCH »