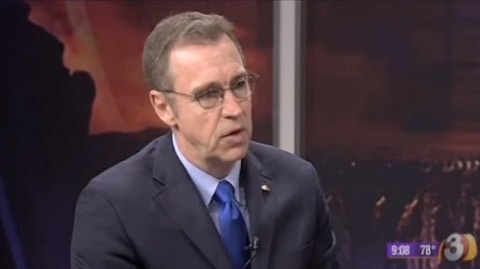 After winning the support of “kill the gays” pastor Kevin Swanson and demon-obsessed harridan Linda Harvey, Ted Cruz now has a new fan in the form of Arizona congressman Matt Salmon. 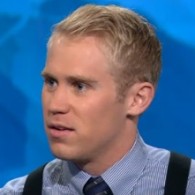 Readers may remember that back in 2013 Salmon said he was opposed to same-sex marriage even though his gay son Matt Jr. (right) “is by far one of the most important people in my life.” Salmon senior explained at the time “[although] I love him more than I can say, I’m just not there as far as believing in my heart that we should change 2,000 years of social policy in favor of a redefinition of the family. I’m not there.”

Defending his father, Matt Jr. said: “It’s hard for me to understand that people will jump to the conclusion that he’s anti-gay, he’s a bigot. When really, yeah he doesn’t support gay marriage, but that doesn’t make him a bigot at all.” He has also spoken openly about his experiences with “ex-gay” therapy.

Watch a Young Turks report on Salmon Sr.’s position on gay marriage and his son’s heartbreaking “It Gets Better” video below.

Previous Post: « Adam Lambert Reveals Why He Rejected Role of Frank-N-Furter in ‘Rocky Horror’ Remake
Next Post: Young Queen’s Guard Soldiers Forced to Rape Each Other in Horrific Hazing Recorded on Video »