In the wake of the Orlando massacre on a gay nightclub last weekend in which 49 people died, Democrats in Congress are reviving a push to reverse the Food and Drug Administration’s (FDA) decades-old rule banning men who have sex with men (MSM) from donating blood. 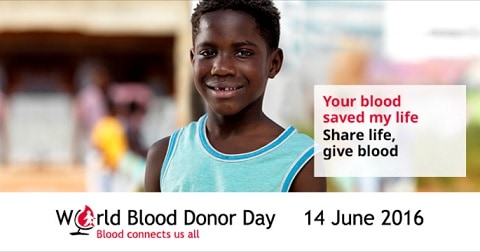 According to The Hill, after the Red Cross put out a call for blood donations, a rumor spread that one local blood bank was temporarily easing the FDA rules to allow MSM to donate. The organization OneBlood refuted the rumors, intensifying outrage in the LGBT community.

Condemned by the American Medical Association, the FDA policy has sparked outrage that advocates now hope to convert into long-awaited action.

Your one drop of blood can extend the life of someone for next 50 years. world blood donation day #blooddonationday pic.twitter.com/zrELHgEv5G

Last December, the FDA announced it would partially roll back the lifetime ban on blood donations from gay men if they have refrained from having sex with another man for at least 12 months. The 12-month waiting period also applies to women who have had sex with men who have sex with other men.

Jared Polis (D-Colorado) of the LGBT Equality Caucus is now calling for a repeal of the ban which he described as morally bankrupt and “contrary to the goal of public health.”

For a healthy person, blood donation is absolutely no loss but for a sickly and feeble, it’s a hope of life. https://t.co/eT9ETtrPfy

Watch a WHO World Blood Donor Day campaign video below.

Previous Post: « House Democrats Erupt at Hypocritical GOP Inaction After Moment of Silence for Orlando: WATCH
Next Post: Stephen Colbert’s Moving Call to Action on Orlando: ‘To Love Means to Do Something’ – WATCH »