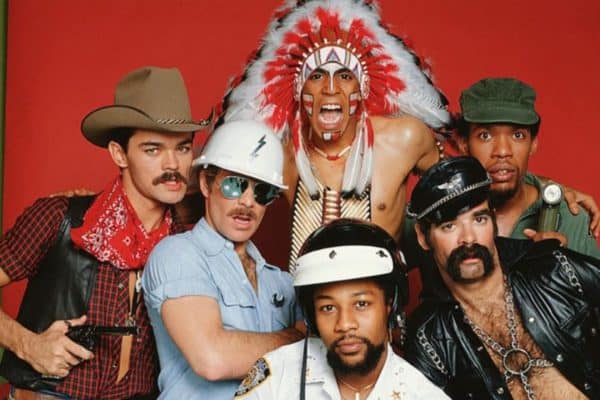 The June 28, 1969 Stonewall Riots enflamed the LGBTQ liberation movement, but it wasn’t until 1970 that the protests transformed into the earliest iteration of Pride.

Growing out of the Eastern Regional Conference of Homophile Organizations in Philadelphia, the first Christopher Street Liberation Day had many architects. Chief among those responsible for its creation and execution were Oscar Wilde Memorial Bookshop founder Craig Rodwell and his partner Fred Sargeant, Ellen Broidy, Linda Rhodes, Judy Miller, Jack Waluska, Steve Gerrie and, of course “the Mother of Pride,” Brenda Howard.

Increases in visibility led to increased tolerance as well. In 1973, the American Psychiatric Association board voted unanimously to remove homosexuality from its list of psychiatric disorders. States began decriminalizing sexual relations between consenting adults.

It wasn’t all progress, though. Singer, activist and villain Anita Bryant spent the ’70s crusading against local anti-discrimination ordinances. Galvanized by some of her early successes repealing legislation, LGBTQ rights groups organized boycotts of oranges (Bryant was the spokeswoman for the Florida Citrus Commission), and once was pied in the face by an activist.

Her crusade against LGBTQ people destroyed her singing career and ultimately brought more attention to the discrimination LGBTQ people were facing. She suffered a crushing defeat on the 1978 Briggs Initiative in California which would have prohibited any public school employee from making pro-gay statements.

One of the chief opponents of the Briggs Initiative was Harvey Milk. In 1977, Milk became the first openly-gay elected official in California when he was elected to the San Francisco Board of Supervisors. During the eleven months he served in this role, he passed some of the most strident anti-discrimination ordinances in the country.

While politicians and activists worked tirelessly for LGBTQ rights and protections, the arts began to reflect increased visibility as well. Just as it had challenged perceptions on the stage, the 1970 film version of The Boys In the Band, brought complex gay characters to an even broader audience.

The 1971 film Sunday Bloody Sunday offered a portrayal of a well-adjusted, successful queer person (a contrast to the sort of self-pitying that earned The Boys In the Band some backlash). Additionally, the Emmy-winning, made-for-TV film That Certain Summer made waves as an ABC Movie of the Week, portraying a gay father reconciling his sexuality with his teenage son.

More raucous queer cinema was developing in the underground by Baltimore’s “Pope of Trash,” John Waters. He released some of his most explicit, transgressive work in the ’70s, including cult classics like Female Trouble, Desperate Living and Pink Flamingos, the film most famous for the scene where drag queen Divine ate an actual piece of dog feces.

Perhaps the most widely-known film from the 1970s with queer themes was the multiple Academy Award-winning movie musical Cabaret. The film courted lots of controversy for its sexually-charged content, depiction of an abortion and portrayal of Nazism. (The film was initially rated X.) However, its same-sex storyline between Brian (Michael York) and Max (Helmut Griem) was notable in its frankness.

Of course, Cabaret is also beloved by the gay community for the breakthrough performance of its star, Liza Minnelli. The daughter of Judy Garland, Liza was already beloved by legions of fans, gay and straight. Her legacy was further cemented with her classic television special, Liza with a Z.

Minnelli was also a fixture at Studio 54, the epicenter of the bustling disco scene which further promoted sexual liberation and an increasing embrace of the queer community. Other regulars at 54 included Andy Warhol, Gia Carangi, Elizabeth Taylor, Truman Capote, Lou Reed and more.

Many gay anthems and icons came through the disco scene, including Pride staples like ABBA‘s “Dancing Queen,” “MacArthur Park” by Donna Summer, Gloria Gaynor’s “I Will Survive” and, obviously, “YMCA” by the Village People, a group whose signature aesthetic was inspired by gay men in Greenwich Village.

One of the greatest disco queens was Sylvester. The gender-bending singer is best known for the single, “You Make Me Feel (Mighty Real).” In addition to his disco tunes, Sylvester also helped bring us Martha Wash as part of Two Tons O’ Fun. (Wash would go on to later be one of the Weather Girls and the voice of several early-’90s club hits.)

Even more traditional pop singers introduced elements of queer culture to the mainstream. More than 30 million viewers tuned in to watch Cher weekly on television as she delivered campy comedy and iconic fashions from Bob Mackie.

Bette Midler cut her teeth as a performer at the Continental Baths gay bathhouse in the early ’70s with her accompanist Barry Manilow. Her sharp tongue and big voice earned her legions of gay fans that helped make her debut album The Divine Miss M a Grammy-winning success.

As LGBTQ acceptance continued making headway, the women’s lib movement also raged through the 1970s. Perhaps most emblematic of the increased feminist surge was the famed Battle of the Sexes tennis match between Bobby Riggs and queer tennis player Billie Jean King. She would defeat Riggs in 1973 and would become known as one of the greatest tennis players of all time.

The 1970s were a time of excess and experimentation, but few in the community would be prepared for the struggles and backlash that awaited the LGBTQ community in the 1980s.

This is just a taste of the rich queer history of the 1970s. What were some key moments and important memories we missed? Leave your impressions of the LGBTQ ’60s in the comments below…

Previous Post: « Kimmel, Colbert: Sarah Huckabee Sanders Should Be Fired for Sharing Doctored Video – WATCH
Next Post: Calum Scott’s ‘No Matter What’ is a Must-Watch Video About a Gay Man and His Parents’ Unconditional Love: WATCH »